The Arlington County Board today approved plans to transform Ballston Mall, long the heart of the Ballston neighborhood and an anchor that for many years has created a sense of place, spurred development and generated revenue, into a more dynamic, accessible Ballston Quarter that will feature retail shops facing the street and a new, mixed-use residential building.

“This is an important, exciting redevelopment in the heart of Ballston,” said Arlington County Board Chair Mary Hynes. “The new Ballston Quarter will reinvigorate shopping, dining, entertainment and living in one of our outstanding urban villages – benefiting both the immediate neighborhood and the entire County. The long-term benefits to the County of a revitalized Ballston Quarter warrant a public-private partnership – a wise strategic investment for the public good.”

By a vote of 5-0, the County Board approved three site plan amendments and a Letter of Intent (LOI) to pursue a financial partnership with Forest City Enterprises, owner of the Ballston Quarter sites. Based on current estimates, the County will invest approximately $55.5 million — about 17.5% of total estimated project cost of $317 million — in improvements to the public realm and building and development improvements.  This level of public investment is similar to the investment Fairfax County made in its successful mixed-use Mosaic district.

One of the three site plans, not included in the public-private partnership, will result in renovated office space above the Macy’s department store.

The Board cited the broad place-making and fiscal benefits the redevelopment will have on Ballston, and the fact that the public investments will be paid back by incremental tax dollars that would not exist but for the partnership in approving the financial partnership with Forest City Enterprises. The Board found that the financial partnership is critical to achieving the transformational and catalytic project proposed by Forest City Enterprises.

The County plans to provide $10 million to the redevelopment, and to issue a Community Development Authority (CDA) bond that will finance approximately $45.5 million more to the project. These public funds will be used to improve the public garage and public infrastructure such as street work on Wilson Boulevard, a new pedestrian bridge across Wilson Boulevard and streetscapes. It also will help fund publicly accessible improvements such as the plaza and the mews planned to run behind the street-facing retail, and improvements to circulation and connections. Some of the funds also will be used to help pay for building and development improvements.

The CDA bond will be paid back through a share of future incremental property, sales and use and meals taxes anticipated as a result of the redevelopment. The Board’s policy is that no more than 40 percent of the total incremental taxes generated by the redevelopment can be pledged to service its debt. The remaining 60 percent will go to the County’s General Fund.

The CDA would be Arlington’s first use of this public finance tool, which allows Virginia localities to create special purpose authorities to participate in public-private partnerships, including issuing bonds to fund public improvements. If the pledged incremental taxes do not meet the required debt service, the debt will be backed up by a special assessment and/or tax on the Ballston Quarter properties. Because of the CDA structure, the CDA debt will not be on the County’s balance sheet.

The approval of the LOI today by the County Board is just one step in the process. The County Manager expects to bring the County Board a Development Agreement, which will provide greater specificity on the terms and conditions of the partnership in early 2016, with the creation of the CDA and bond issuance by the summer of 2016.

The redevelopment will dramatically improve both the mall’s façade and its interior. The roof will be taken off on parts of the existing mall and 11,854 square feet of retail will be added. Retail will face the street and be backed by a mews — a narrow alley-like street – that will run east-west through the development, connecting the street-facing retail with the rest of the mall. There will be new street-level entrances and both the parking garage and streetscape will be improved. The pedestrian bridge over Wilson Boulevard will be rebuilt.

The Board also approved a site plan amendment that will allow Forest City to demolish the existing Macy’s Furniture Gallery store and replace it with a new, 22-story mixed-use building with residential and retail uses. The new building will have 406 units and 66,475 square feet of ground-floor and second-story retail.

A third site plan amendment includes renovations to the office building above the Macy’s department store, with an additional 14,838 square feet of office, new entrances on N. Glebe Road and Wilson Boulevard, an interior courtyard and streetscape improvements.

The Ballston Common Mall has long been the heart of the Ballston neighborhood. For decades, it has helped create a sense of place, spurred development and generated revenues. The mall, however, has been in economic decline in recent years, due to changing national and regional market conditions.

Arlington County has a long legacy of public-private partnerships with the Ballston Mall site, beginning with a 1986 effort that transformed the site into an urban regional mall and continuing through 2006, when the County partnered with the Capitals to build the Kettler Iceplex at the mall. The public-private partnership approved today by the Board continues this legacy, and ensures the future vitality of the site and Ballston.

The developer will comply with the Zoning Ordinance requirement for affordable housing either through a contribution to the County’s Affordable Housing Investment Fund (AHIF) or through the provision of on-site units.  The redevelopment also includes:

Other benefits include improved $4.8 million in open space access and $4.6 million in connections between the mall and the Ballston area. These newly created spaces – including two plazas and mews — will be open for public use. The developer is also contributing $2.8 million for the pedestrian bridge, $4.7 million for Wilson Boulevard, Glebe Road and Randolph streetscape improvements, and up to $8.9 million in parking garage improvements.

The Planning Commission’s Site Plan Review Committee (SPRC) reviewed the site plan amendments together at five meetings between July and October 2015. The Ashton Heights Civic Association, where Ballston Mall is located, along with the immediately adjacent and bordering civic associations of Ballston-Virginia Square, Bluemont and Buckingham as well as the Ballston Business Improvement District were each invited to participate on the SPRC.

Just prior to the start of SPRC, a public meeting was held on June 30, 2015 to provide representatives from each of the affected civic associations the opportunity to meet with County staff and Planning Commission members to discuss the redevelopment, the public review process, and the public-private partnership.

The Planning Commission reviewed the site plan amendments at its Nov. 4, 2015 meeting.

The Transportation Commission reviewed the site plan amendments at its Oct. 29, 2015 meeting.

To read the staff report for this item, visit the County website. Scroll down to Item #41 on the Agenda for the Tuesday, Nov. 17 County Board Meeting. 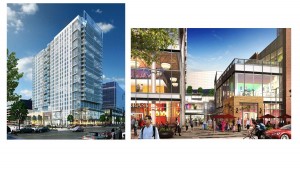 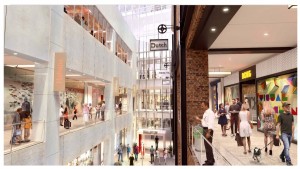 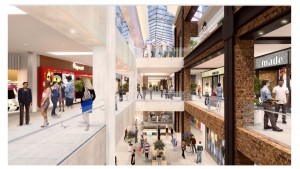 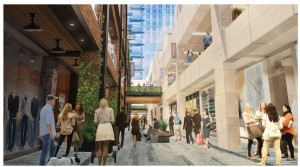 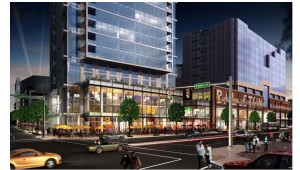 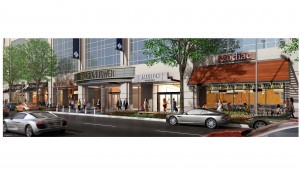 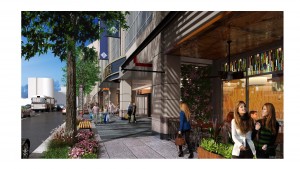 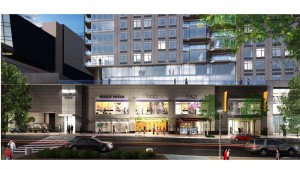