ARLINGTON, Va. — The Arlington County Board today approved a plan to build a new hotel in the Courthouse neighborhood, at 2401 and 2407 Wilson Blvd. The hotel will replace an existing one-story 1950s strip shopping center and surface parking lot.

The 93,000 square foot, eight-story hotel on the northwest corner of Wilson Blvd and N. Adams Street will have 161 rooms, 80 underground parking spaces, a bar/cafe associated with the hotel, 1,200 square feet of separately leased ground floor restaurant space and will be approximately 500 feet from the Courthouse Metro station.

“This project will provide a new hotel where it's needed, near a Metro station along the busy Rosslyn-Ballston corridor,” said Arlington County Board Chair Jay Fisette. “It also will provide a transition between the high density development along Wilson Blvd. and the homes in the Lyon Village neighborhood.”

The County Board voted unanimously on these four items: to amend the General Land Use Plan (GLUP) for the site to “Medium Office-Apartment-Hotel;” to rezone the site to “C-O-2.5” Commercial Office Building, Hotel and Apartment; to approve the site plan; and to approve building four houses in a Unified Residential Development (URD) on an adjoining residential site.

The developer will provide a number of community benefits, including:

To learn more about this project, visit the County website and scroll down to Item #25 on the Agenda for the March 15, 2014, Arlington County Board Regular Meeting.

The four single family dwellings in the URD were built at various times between 1926 and 1991. The owners of the adjacent strip center own three of the houses and have used them as rental properties for several decades. Parts of the houses' yards are taken up by surface parking for the strip center.

Arlington will partner with Habitat for Humanity to turn the historic Reevesland farmhouse into a home for individuals with developmental disabilities. 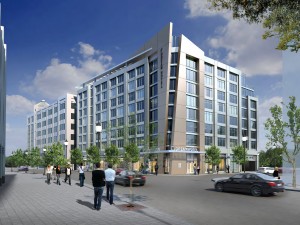 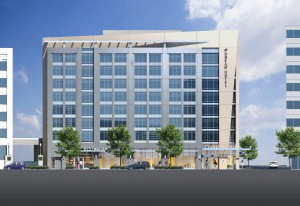 The Arlington County Board today approved a contract for $6.6 million, including a contingency of $1.1 million, to transform two-and-a-half...