ARLINGTON, VA — The Arlington County Board today approved the updated Master Plan for Long Bridge Park in Crystal City, and four additional procedural measures that move the project toward completion.

“Our actions today move us closer to realizing the dream of transforming a former brown field into one of the region’s most dynamic parks, recreation and athletic facilities in one of its most beautiful natural settings,” said Arlington County Board Chairman J. Walter Tejada. “Long Bridge Park’s fields, views and esplanade already serve thousands of Arlingtonians. Soon, many more also will be able to swim, play indoor sports or exercise year-round in this unique park.”

The Board voted unanimously to adopt the revision of the 2004 North Tract (now known as Long Bridge Park) Master Plan for Park and Recreation Facilities. The 2004 plan was revised as the result of a 2005 land exchange between the County and Monument Realty.

The most critical change was the relocation of the Aquatics, Health & Fitness Facility to the north end of the site. The relocation made it possible to greatly improve the park’s overall layout. On-site parking now will be more centrally located, and Long Bridge Drive will be reconstructed at its original location, rather than be relocated as envisioned in the 2004 Master Plan.

These changes, coupled with the addition of two acres as a result of the 2005 land swap, made it possible to reposition two of the athletic fields. This created more space for picnic lawns, event spaces, play areas and rain gardens.

The other major change to the 2004 Master Plan was the addition of the esplanade, the wide, elevated promenade along the east side of the park adjacent to the railroad right-of-way. The esplanade is the park’s unifying element, and it provides pedestrian and bicycle access from Crystal City to the Mount Vernon Trail and routes to the District of Columbia. The Esplanade provides panoramic views of park activities, trains, planes, wildlife in Roaches Run, and national monuments. It also functions as a secure repository for remediated soil, thus avoiding the costs of removing contaminated materials offsite. The plan is now for it to run from Crystal Drive to the new facility entrance.

The Board directed the County Manager to ensure the park’s infrastructure and programming can support large events. The County Manager will also explore the viability of offering handball at the facility.

The major outdoor and indoor elements remain as in the original Master Plan. Four full-size, synthetic, lighted athletic fields, three of which opened in November 2011, remain the outdoor park’s centerpiece. The fields are supported by restrooms, storage buildings, sidewalks and park furnishings. Additional public art will be integrated into the design next to the aquatics facility.

The revised Master Plan requires the Aquatics, Health & Fitness Facility to achieve LEED (Leadership in Energy and Environmental Design) Sliver certification, with additional emphasis on energy efficiency. This is in keeping with the County’s current policies on sustainable design and energy conservation. The facility’s heating and cooling systems will be designed to meet or exceed the Community Energy Plan’s emission reduction goals.

The Master Plan outlines development in five phases. Phase 1, containing much of the infrastructure upon which the rest of the park will be built, was finished in November 2011. Phase 2, beginning development of the north end of the park, including the initial phase of the Aquatics, Health & Fitness Facility, will begin by the end of 2013. Read the details of each planned phase on the County website.

Full realization of the updated Master Plan also involves transportation improvements that depend on planning, design and funding decisions by other parties such as VDOT, the National Park Service, the Federal Highway Administration, and CSX. These improvements include:

The County Board also directed staff to improve the pedestrian and transit relationship between Long Bridge Drive and the entrance to the Aquatics, Health & Fitness Facility.

In related votes, the County Board also approved:

The town square will be in the heart of the Green Valley neighborhood and is part of the larger Four Mile Run Valley planning initiative.

From the Stanley Cup to turkeys in Rosslyn to Amazon, these are Arlington County's most popular stories in 2018. 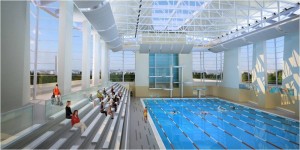 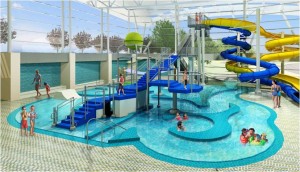 Arlington Public Health and Animal Welfare League of Arlington (AWLA) are seeking information about anyone who may have had contact...