ARLINGTON, Va. – Arlington County Crime Solvers (ACCS) has awarded tipsters with $650 for information that led to the identification and arrest of two suspects involved in an armed robbery.

At approximately 5:44 p.m. on December 7, 2016, officers were dispatched to the report of an armed robbery in the 2700 block of Washington Boulevard. The investigation revealed that two masked suspects brandishing firearms entered a jewelry store and attempted to restrain one of the employees. A struggle ensued between the employee and the suspects, causing the suspects to flee the area by vehicle.

Following the incident, the tipsters were driving on I-395S when they noticed a suspicious vehicle on the shoulder of the Washington Boulevard exit. As they got closer to the vehicle, the tipsters observed a male suspect removing tape from the license plate and throwing an article away from the vehicle. The tipsters also observed a significant police presence in the area which lead to them jotting down the license plate number and contacting police. That critical piece of information, along with evidence recovered at the scene and information obtained during witness interviews, assisted detectives in developing suspect descriptions. The suspects were apprehended later that evening in the Alexandria portion of Fairfax County.

“During the commission of their crimes, Jorgito Cruz and Alexander Serpa Ruiz endangered the lives of innocent and hardworking citizens,” said Chief of Police, M. Jay Farr. “Thanks to the assistance of the witnesses and the diligent investigative work of detectives, two violent offenders have been removed from our streets and will no longer be in a position to cause harm in our community. This case highlights how police and the public can work together to maintain the safety and security of Arlington County.”

ACCS is a community-based program for the media and the public to help in the fight against crime.  ACCS sponsors a 24-hour confidential tip telephone line to which individuals may anonymously report potential leads or information to help law enforcement apprehend those who have committed crimes. Callers who provide information leading to arrest, the recovery of drugs or stolen property, are eligible for a cash reward of up to $1,000. To report tips anonymously to police, call 1-866-411-TIPS (8477). 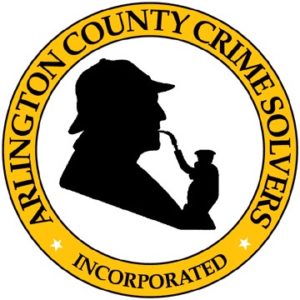 ARLINGTON, Va. – The Arlington County Police Department’s Homicide/Robbery Unit is asking for the public’s assistance in identifying and locating...