Monday, April 1, community members and County leaders from across Arlington gathered together to officially kick off Census season.

In a packed room at Arlington Mill Community Center, County Manager Mark Schwartz launched Arlington’s Complete Count Committee—a group of 39 community members who will serve as Census ambassadors to ensure that every person in Arlington County is counted in the 2020 Census on April 1, 2020.

Schwartz was joined at the event by Arlington County Board Chair Christian Dorsey, who offered the Census Proclamation; School Board Member Barbara Kanninen; Ron Brown of the U.S. Census Bureau; and Chuck Bean, Executive Director of the Washington Council of Governments.

“It’s not enough to want to count everybody,” County Manager Mark Schwartz said. “We’re going to have to go out and tell people that we want to work with them to make sure they are counted.”

That hard work will be the task of the Complete Count Committee, which has a goal of identifying—and working with—1,000 community partners, organizations, and businesses over the next 365 days. The group is committed to counting every Arlingtonian in the 2020 Census, especially people who are historically undercounted in the Census, such as young people, immigrants, and low-income residents.

“Our committee is representative of all different types of organizations, ethnicities, religions, everyone across Arlington, because to reach a lot of the hard-to-count populations, we have to have those members on the committee,” said Wanda Pierce, a long-time Nauck resident who is co-chair of the committee.

The 39-member committee includes Arlingtonians from north and South Arlington who have a broad range of perspectives, experiences, and interests.

“Information is power, so the committee has to get the information out there, and get it out by people who look like, or who sound like you, or are from your neighborhoods,” Wanda Pierce said.

Census data is used to allocate more than $675 billion in federal funding to states and localities across the country, as well as determine the distribution of representation in Congress. For each person who is not counted, it is estimated that a locality loses $2,000 per year until the next Census 10 years later.

“This is existentially important, not just for Arlington, but for our democracy and for fairness,” Board Chair Christian Dorsey said. “When you think about representation, fair representation, the number of people we have in Congress, that is not going to change. But where they come from and how they are apportioned will, as a result of the Census. The amount of federal money available for communities is not going to change, but what will [change] is whether or not communities that are undercounted will get their fair share.”

MORE: Why the Census Matters

As important as federal funding is for Arlington County—more than $60 million comes to the County each year—for members of the Complete Count Committee, the importance of ensuring every Arlingtonian is counted in the Census goes beyond money.

Patricia Funegra, CEO of La Cocina VA and a Rosslyn resident, said it is important to count every Arlingtonian because “that way we can learn about their needs, what they represent, what communities they are coming from, how we can keep them aware of how they can be involved in their civic organizations and be more active and committed to Arlington.”

Joseph Leitmann-Santa Cruz, who lives with his family in Waverly Hills, pointed out that this is the first time in a decade that Arlingtonians have the opportunity to let the federal government know “who we are as a community.”

“That is why I invite every Arlingtonian, whether you care about schools, paving the roads, education, libraries—whatever excites you about being part of the Arlington community—you have to be fully counted and you have to ensure that your family members, church members are fully counted,” he said. “We can do it. We have to do it.”

Learn more about Census 2020 in Arlington 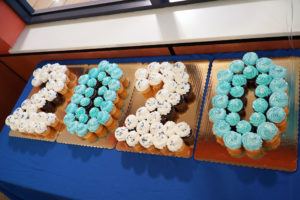 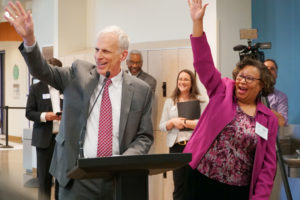 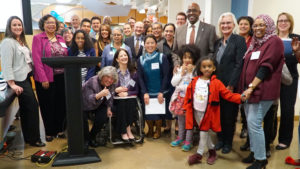 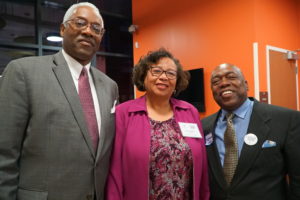 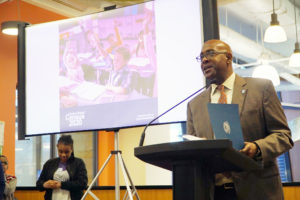 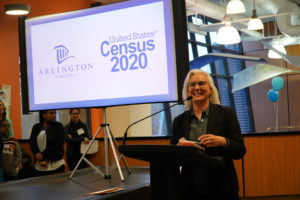 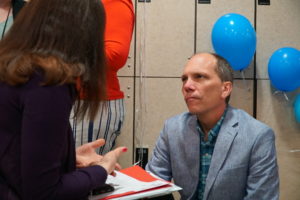 More in Census, Engagement and Outreach

Arlington approves a pay-for-performance agreement with Amazon for HQ2.