The Arlington County Board today approved the purchase of the last of three properties needed to build the planned Nauck Town Square, in the heart of the Nauck neighborhood. The County had previously purchased the other two properties for the town square. The purchase paves the way for construction to begin on the town square late in 2017

“We have been working for years to make this purchase,” Arlington County Board Chair Libby Garvey said.  “It was the last piece of the puzzle that needed to be pulled together by County staff and the community to make the dream of a Nauck Town Square a reality.  The square will serve as a gathering place and focal point for Nauck, a neighborhood with a lot of history and a great future. We can now move forward with this project, and hope to begin construction this summer.”

The Board’s 5-0 vote to approve the purchase followed a closed session held to keep the sale of the property moving forward. The Arlington County Circuit Court in December gave preliminary approval to the sale, pending the Board’s approval. The next step will be for the Court to ratify the agreement of sale.

About the Nauck Town Square Project

Nauck Town Square is envisioned as the anchor for the Nauck Village Center, in parallel with the larger Four Mile Run Valley planning initiative. The square will cover an entire block, between 24th Road South and South Shirlington Road, and serve as a gathering place for the community, where events can be held and residents and visitors can learn about Nauck’s rich cultural heritage through planned public art by award-winning landscape architect and artist Walter Hood. Total estimated cost to build the town square is $5 million, with funding coming from a voter-approved Community Conservation Bond.

In 2003-2004, The County identified three properties for the creation of Nauck Town Square. It bought the first two properties, and began the process of buying the third and final property, owned by Leslie J. Engelking, Sr. and Leslie J. Engelking, Jr., as tenants in common. Mr. Engelking, Sr. filed a Partition Suit in the Arlington County Circuit Court seeking appoint of a Special Commissioner to sell the property in September 2016. The court appointed the Special Commissioner and approved the agreement of sale for the property in December 2016.

The County Board adopted the Nauck Village Center Action Plan in July 2004, as a guide to public and private investment in the neighborhood’s commercial center.

Nauck, one of the oldest African-Americans neighborhoods in Arlington, was settled by free African-Americans in 1844. The community is named after John D. Nauck, Jr., a Washington, D.C., resident who bought 46 acres of land in 1874, subdivided it and began selling lots to other black families. In addition to the action plan, the County has designated the Shirlington Road Corridor a Special Revitalization District. The designation allows properties within the boundaries of the plan to receive special incentives and regulations. 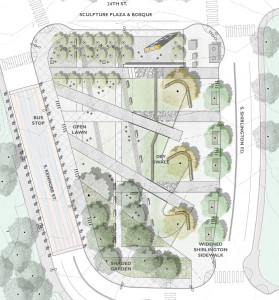 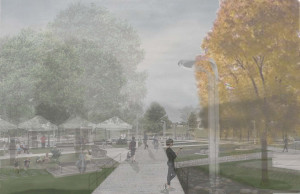 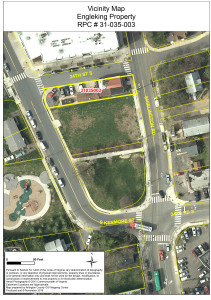 The Arlington County Board will kick off 2017 with an organizational meeting.