The Arlington Convention and Visitors Service (ACVS) wraps up an intensive week of promotional activities at the U.S. Travel Association’s IPW 2017 trade show today. Hosted in Washington, D.C., for the first time in its 49-year existence, IPW is the travel industry’s premier international marketplace and the largest generator of travel to the U.S.

In pre-scheduled business appointments held June 3-7, more than 1,000 U.S. travel organizations and 1,300 buyers from more than 70 countries conducted business negotiations that are expected to result in more than $4.7 billion in future U.S. travel. According to Rockport Analytics, in the three years following IPW, host cities receive an additional 1 million international visitors, which could create at least $1.7 billion in economic impact.

Capital Region USA (CRUSA) research shows that overseas visitors stay longer and spend more money than those from within the U.S. In 2015, a record 2.6 million overseas travelers visited the capital region, stayed an average of 9 nights and spent a record $2 billion on hotels, meals, shopping, attractions and other goods and services across Washington D.C., Maryland and Virginia. These overseas visitors helped to generate nearly 39,000 jobs throughout the capital region.

“Having IPW in Washington, D.C., presented us with a once-in-a-lifetime opportunity to bring hundreds of international travel buyers and media into Arlington,” said Arlington Economic Development Director Victor Hoskins. “It’s one thing to talk to people about Arlington’s convenience, value and views, but it’s completely different — and much more powerful – for them to experience these advantages first-hand.”

In partnership with CRUSA, Virginia Tourism Corporation, the Northern Virginia Visitors Consortium (NVVC) and Brand USA, Arlington has increased investment in international marketing and sales over the last five years. Based on federal and state research, as well as air service to the capital region, Arlington is focused on 10 key markets: China, the United Kingdom, Canada, Germany, France, Peru, Brazil, Argentina, Chile and Mexico. Through a variety of partner channels, ACVS spreads awareness of Arlington and its hotels, shopping, dining and historic attractions.

About the Arlington Convention and Visitors Service

Arlington has been the Commonwealth’s #1 county for tourism economic impact since 2009, generating more than $3.1 billion in local spending and supporting nearly 26,000 jobs in 2015. ACVS, a division within Arlington Economic Development, is the County’s official destination marketing organization. Funded primarily through a guest-paid, 1/4-cent tax on hotel rooms, ACVS markets Arlington to domestic and international meeting planners, consumers, travel trade and media.

This safe, annual process will continue through May 4 in Arlington County, the District of Columbia, and northeastern Fairfax County.

As a partner in the network, Arlington will work to conserve and celebrate nature in all its forms through mindful urban planning, design and programming. 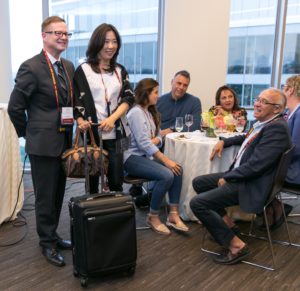 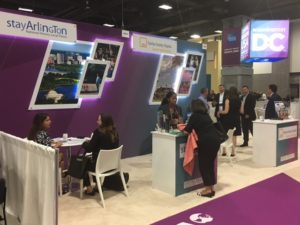 Public hearings to be held in June for Zoning Ordinance amendments regarding retail signage and the Rosslyn Streetscape Elements Plan.