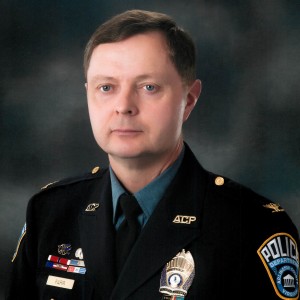 Police Chief Murray “Jay” Farr announced that he would retire on September 4, after serving in the Arlington County Police Department for 30 years. Chief Farr has provided leadership as Arlington’s Chief of Police since May of 2015. During his time as Chief, he has focused on community engagement, transportation safety, and crime prevention & control. Chief Farr also launched the Arlington Restaurant Initiative, a partnership between the County, businesses and the community to offer a safe destination for nightlife and entertainment. “It has been an honor and privilege to serve the residents, businesses, and visitors of Arlington County”, stated Chief Farr. “I am incredibly proud of our officers and their efforts to maintain a high level of public safety across our community.”

County Manager Mark Schwartz noted that “Chief Farr has provided outstanding leadership and has been instrumental in advancing community policing across Arlington County.”

In addition to his role as Chief of Police, he served in a variety of positions in the Arlington Police Department, including assignments as, Deputy Chief of Police for Systems Management, Operations, and Criminal Investigations. He also served as Arlington County Acting Deputy County Manager. He has also been an active member of the Metropolitan Washington Council of Governments, serving as the Chair of the Police Chief Committee.

“On behalf of all County Board members, I want to thank Chief Farr for his years of exemplary service in one of the toughest jobs, Chief of Police. Jay has guided our police force into 21st Century community policing,” noted County Board Chair Libby Garvey. “He has made ACPD one of the most respected police departments in the region and positioned us well to work with our community as we transition into the next era of policing and public safety that makes everyone feel safe.”

Prior to joining the ACPD in 1990, Chief Farr worked with the Naval Criminal Investigative Service where he conducted complex criminal investigations concerning fraud against the United States government. He is also a U.S. Marine veteran, where he served with the Presidential helicopter unit.

Chief Farr earned both Bachelor’s and Master’s degrees from George Mason University. He has participated in advanced educational programs at the Naval Post Graduate School Center for Defense and Homeland Security, the FBI National Academy, and the Senior Institute for Police Management, a collaborative program with Boston University and the John F. Kennedy School of Government, Harvard University. Chief Farr serves as an Adjunct Professor at George Mason University, where he teaches a curriculum of criminal justice and emergency management for law enforcement.  He is also a graduate of Leadership Arlington.

The Arlington County Manager will be launching a national recruitment effort for a new Chief of Police this fall. Initial steps will seek input from the community and there will be no final decision until sometime after the work of the newly formed Police Practice Group (PPG) is completed in December.

The Police Department is investigating the assault of a restaurant employee and is seeking the public’s assistance identifying the suspect who was captured on cell phone image.

The Arlington County Police Department will conduct road closures on May 7, 2021 for the Pacers 5k Friday at National Landing.

A vehicle crash that occurred on April 17, 2021, is now being investigated as a fatality after the driver of one of the involved vehicles passed away from sustained injuries.

A juvenile suspect is facing numerous charges following a commercial burglary in the Dominion Hills neighborhood on April 24, 2021.

The Police Department is conducting the 2nd Annual Fill the Cruiser food drive in support of the Arlington Food Assistance Center.