Much like the County itself, Arlington’s arts scene is constantly evolving. Likewise, over the last decade, there has been a strategic rethinking in how the County delivers cultural programming and facilities, with a focus on “low cost-high impact” investments, a hallmark of Arlington’s support for the arts.

The County’s grants program, for example, which is managed by Arlington Cultural Affairs Division and the Arlington Commission on the Arts, offered more than $1.1 million in support to 29 arts organizations in fiscal year 2016. This includes the equivalent of $870,000 in space and services alone, which supports the existing black box venue at Theatre on the Run, an 80-seat theater in Shirlington with two dance studios, rehearsal rooms and a small art gallery. In FY2016, there were seven organizations that requested the use of one, or both, of our two black box theaters (Theatre on the Run and Gunston Theatre Two, a 125-seat black box space) — all of their performance requests were met, with additional capacity available.

Set for The Arlington Players’ “Man of La Mancha” from Fall 2016. Designed by Jared Davis, manager of the County-run Arlington Scenery Studio, where it was also constructed by TAP volunteers.

This renewed focus means the County is moving away from expensive investments in new facilities, in favor of using existing community assets — libraries, community centers, parks, plazas and commercial spaces — to provide nimble and responsive programming. Some examples:

With this in mind, County Manager Mark Schwartz recently shared the County’s intent to move away from a project that would have seen a black box theater as part of redevelopment in Virginia Square. In the nearly six years since this project was approved, the timing of construction and delivery remains unknown, and ultimately doesn’t help the County reach its goal: bring the arts programming into the broader community and serve a more diverse audience.

Arlington County continues work with the Virginia Square community to evaluate and brainstorm other options. Arlington’s cultural scene remains one of the area’s most vibrant, and the County is committed to continued creativity and innovation in supporting the arts.

7 Steps You Can Take to Be Prepared, Not Scared Ahead of an Emergency

September is National Preparedness Month. Here are things you can do right now to make sure you’re ready the next time an emergency hits. 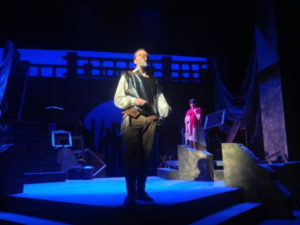 The County Manager will make a recommendation to the County Board at their November meeting for approval to award a...