After hearing hours of public testimony, the Arlington County Board today voted unanimously to defer consideration of Virginia Hospital Center’s proposed expansion plan to its December 2018 meeting, saying the center needs to do more to address neighborhood concerns.

“Virginia Hospital is an asset to our community and the region,” Arlington County Board Chair Katie Cristol said. “We view the continued success of this major health center as important to everyone in Arlington, both for the high-quality medical care it provides, and the economic benefits it brings to the community. But it is also important that the expansion is designed in a way that respects the basics of good planning and design that have allowed Arlington to grow while still maintaining high quality of life for residents. We are not seeking a fundamental re-design, but rather, specific and concrete adjustments that can address some of the concerns.”

The Board’s action came after dozens of people spoke both for and against VHC’s expansion plan during a public hearing.

VHC’s expansion plan would grow its N. George Mason Drive campus onto the adjacent site at 1810 N. Edison Street to build new in-patient and out-patient facilities, a medical office building and a parking garage. The County approved a purchase agreement with VHC for the Edison site in 2015. It is requesting a rezoning, a Site Plan amendment and a Use Permit 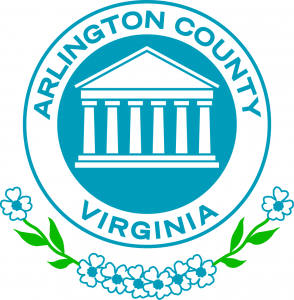 Under its proposed expansion plan, VHC plans to replace existing buildings on the Edison site with a new seven-story outpatient building and a six-story parking garage. VHC also proposes converting 120,000 square feet of medical offices on its current campus to hospital use.

The Board noted that it accepts the height and massing of the buildings proposed by VHC as necessary to meet the center’s “programmatic needs.” It asked that VHC improve the connections to and through the site; enhance the proposed parking garage facades to add visual interest through awnings, hanging planter boxes or other architectural features; provide a pedestrian connection between 19th Street N and the proposed terrace overlooking the sunken garden on the first floor of the outpatient building; and make other changes related to providing safe, well-lighted, accessible pathways on the site.

While the public hearing now is closed, and changes made to the proposed design will not be subject to further formal County advisory commissions, the Board communicated its expectations that VHC will continue to engage with the surrounding neighborhood on improvements before the proposal comes back to the Board for consideration.

To read the staff report, and view presentations on the proposed expansion plan, visit the County website. Scroll to Item No. 58 on the agenda for the Saturday, Sept. 22, 2018 Regular County Board Meeting.

In December 2015, the County Board approved an agreement granting VHC an option to purchase the County-owned land at 1800 N. Edison Street. The agreement included the possibility of a land swap between the County and the Hospital. In July 2017, the Board voted to notify VHC that the County intends to acquire the hospital’s property at 601 S. Carlin Springs Road as part of the purchase price for the Edison site. Approval of VHC’s expansion site plan is required prior to closing the purchase agreement.

Virginia Hospital has served Arlington and the region for more than 70 years. Over the years, the hospital has expanded to meet the needs of the growing Arlington community.

The County Board approved a plan to build an interim salt storage structure in time for winter, and a charge...