The public is invited to join the Arlington County Board at the swearing-in of Board Members Katie Cristol and Christian Dorsey on Thursday, Dec. 19, 2019.  Paul Ferguson, Clerk of the Circuit Court of Arlington and the City of Falls Church, will officiate. Ms. Cristol and Mr. Dorsey were re-elected to four-year terms on the County Board on Tues., Nov. 5, 2019.

The ceremony will begin at 5 p.m. and will be followed by a reception in the third-floor atrium outside the Board Room, Room 307 in the Ellen M. Bozman Government Center, 2100 Clarendon Blvd. The ceremony will be live-streamed on the County website. You can also watch it on Arlington TV’s (ATV) YouTube Channel or on the County’s cable channel, on Comcast 1085 (HD) and Verizon FiOs 39 and 40.

No RSVP is required.

Katie Cristol was first elected to the five-member Arlington County Board on November 3, 2015. She served as Chair of the Board in 2018. Ms. Cristol is the Co-Chair of Arlington’s Project PEACE, an inter-agency collaboration to address domestic and sexual violence in our community.

Regionally, Ms. Cristol represents Arlington as the Vice Chair of the Northern Virginia Transportation Commission and as the Chair of the Operations Board of the Virginia Railway Express. She also represents Arlington on the Northern Virginia Transportation Authority and serves on the Human Services Policy Committee of the Metropolitan Council of Governments.

An education policy adviser, Ms. Cristol lives off Columbia Pike with her husband, Steve, and their son, Cary.

Christian Dorsey, first elected to the County Board on November 3, 2015, is the Chair of the Board. He represents Northern Virginia jurisdictions as a Principal Member on the Board of the Washington Metropolitan Area Transit Authority. He also serves as one of three Arlington commissioners on the Northern Virginia Transportation Commission. Mr. Dorsey has represented Arlington on the Board of Directors of the Metropolitan Washington Council of Governments since 2016 and is currently serving as Vice Chair. Before his election to the County Board, Mr. Dorsey served as a volunteer on the boards of several Arlington non-profit organizations and served on the County’s Planning Commission, Tenant-Landlord Commission and Arlington Public Schools Facilities Advisory Committee. 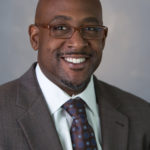 Mr. Dorsey is a policy and communications consultant. He and his wife, Rachael,  live with their two daughters in the Columbia Forest neighborhood.

About the Arlington County Board

The five-member Arlington County Board is Arlington’s governing body, vested with the County’s legislative powers. Board members are elected at-large and serve staggered four-year terms. The position of Chair rotates annually. The Chair is the official County head and presides over Board meetings. Both the Chair and the Vice Chair are elected annually at the Board’s January Organizational Meeting.

Paving the Way for Faster Mobile Speeds in Arlington

Arlington is preparing its commercial corridors for next-generation mobile broadband technology, with download speeds up to 100 times faster than today.

Arlington County has a new general registrar, and she's only the fifth person to hold the position in the County's history.

The use permit approval will allow the Education Center on the W-L campus to be converted from administrative offices to classroom use.

More in County Board, Voting & Elections

Three individuals and three groups will receive the James B. Hunter Human Rights Award for promoting human rights, diversity and...