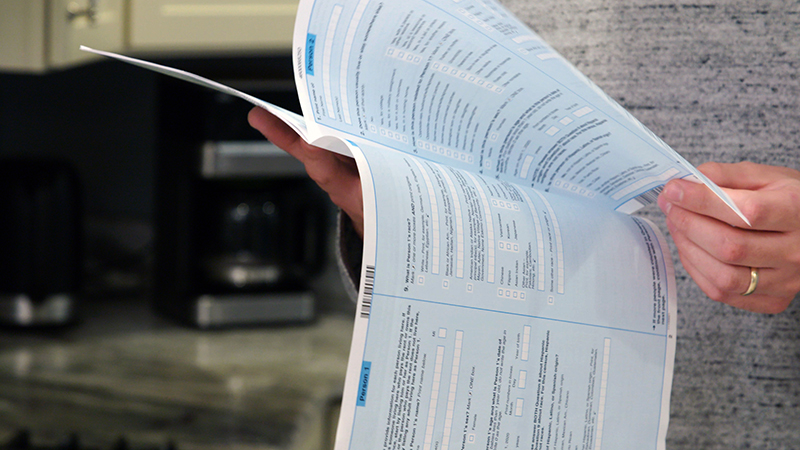 This Labor Day weekend, take a few minutes to take the Census!

The Census is also an important metric for understanding and tailoring policies to the County’s workforce and economy. According to the U.S. Census Bureau, about 145,600 Arlingtonians age 16 years and over are part of the civilian labor force. Every Census response contributes to a better understanding of Arlington’s workforce and how the government can best serve its needs. The Census only happens every 10 years – don’t miss out on getting counted and making sure your voice is heard.

Census Data and the Workforce

Census data are used to determine employment and unemployment rates, economic changes, and shifts in the types of jobs that make up our workforce. This information helps the government evaluate its programs, plan unemployment assistance, and ensure equitably in how these programs ultimately serve the community. Data from the Census also informs funding for many services that contribute to the County’s workforce and programs within the Department of Labor, including WIOA Adult Activities and Grants and Employment Services.

Most households will only be asked to complete the standard, nine-question Decennial Census, which does not include any questions about employment or income. However, 3.5 million households, including 1,500 Arlington households, will also be asked to complete the American Community Survey, a more extensive questionnaire from the U.S. Census Bureau that is sent to selected households on a monthly basis. The survey includes questions about employment status, commuting, income, as well as industry, occupation, and class of work, among other topics. If you receive an American Community Survey, you should complete it in addition to the Census 2020 form, and like the Census, it can be completed online, by phone, by mail, or in-person.

Examples of employment-related questions on the American Community Survey.

Census data, along with other sources, are used in the Arlington Profile, which goes in-depth on many demographic statistics and data on other relevant topics, ranging from employment to transportation. According to the Profile, Arlington’s 2020 employment estimate totals to 234,800 jobs. Of those jobs, 24.3% are estimated to be in Professional and Technical Services and 20.9% in government.

Get Involved in Census Outreach

Want to get involved in increasing Arlington’s response rate? Volunteer at Census Palooza II on September 12, where you can help fellow Arlingtonians take the Census at this socially distanced outreach event. Sign up at one of the three locations.

How to Complete the Census

Completing the Census is safe, easy, and takes only a few minutes. Here’s how to fill out your form:

National Preparedness Month each September promotes family and community disaster planning now and throughout the year.