Before the modern-day Arlington County Fire Department — before even Arlington County was formally established — there was the Hall’s Hill Volunteer Fire Department, one of the region’s original volunteer companies. Established in 1918, the HHVFD protected residents of the Hall’s Hill community, a neighborhood that became home to many newly-freed slaves shortly after the Civil War. For decades during segregation, Fire Station No. 8 (as it’s now known) was the only Arlington station staffed by African Americans.

In the early 1960s, integration reached the County Fire Department, including Station No. 8 as it prepared to move to its new home on Lee Highway. But 55 years later, that house needs major updating — the County is preparing to begin the design process for a new, upgraded fire station, replacing the existing Fire Station No. 8 at its current location.

Given its rich and storied history, there is a shared desire to determine how Fire Station No. 8’s history and cultural legacy can be celebrated, and included as part of the new station. Which is why, in February, Arlington County Manager Mark Schwartz established the Fire Station No. 8 History and Legacy (FS8HL) Working Group.

The working group is “charged by the County Manager to develop and recommend strategies to recognize, emphasize, and honor the history and legacy of the Hall’s Hill/High View Park Volunteer Fire Department and Fire Station No. 8 to incorporate into the planning and design of the replacement fire station at 4845 Lee Highway.” (Read the full charge.) 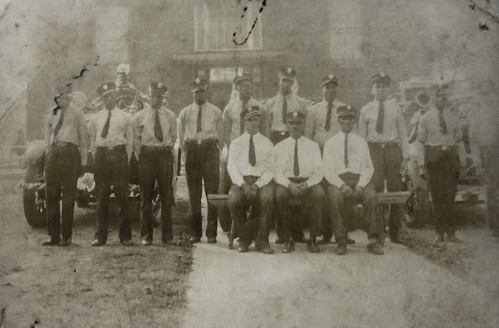 A Night to Unite: Celebrate Your Neighborhood During National Night Out

The Police Department has arrested and charged four juvenile suspects following an armed carjacking in the 1200 block of S. Hayes Street.

Police are investigating a shots fired incident which occurred in the Green Valley neighborhood in the early morning hours of June 6, 2021.

The County celebrated Arlington's rich African-American history at the 26th annual Feel the Heritage Festival, captured in a time-lapse video.