The Arlington County Board today accepted the first update to historic Lyon Park’s Neighborhood Conservation plan since 1973. The update, spearheaded by the Lyon Park Citizens Association, seeks to address increased non-resident traffic and other challenges through 19 recommendations for improvements. 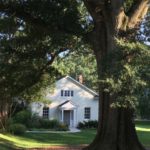 Neighborhood Conservation plans provide the County with an understanding of the priorities and concerns of neighborhoods. Their recommendations are taken into consideration when making decisions and taking actions that affect the neighborhood.

“This updated Neighborhood Conservation plan reflects the many changes in our community, and in the Lyon Park neighborhood, that have occurred since 1973,” Arlington County Board Chair Christian Dorsey said. “The residents who worked so hard on this plan recognize that growth, which brings both opportunities and challenges, requires adaptation.”

The Board voted unanimously to accept the updated plan. To read the staff report for this item, the Board’s resolution and the updated Neighborhood Conservation Plan, visit the County website. Scroll to item No. 56 on the agenda for the Saturday, July 13, 2019 Regular County Board Meeting.

Lyon Park was built as a bedroom community in 1919. Its boundaries extend from 10th Street North to Arlington Boulevard in the south and from North Irving Street to Arlington Boulevard in the east. Largely composed of single-family homes, it also contains a small commercial zone at N. Pershing Drive, and some duplexes and apartments on its outskirts. The 2016 Lyon Park Citizens Association neighborhood survey found that 60 percent of respondents identified walkability as the number one reason they like living in Lyon Park, and their biggest concern was speeding and cut-through traffic, including pedestrian and bicycle safety.

One of the neighborhood’s most unique characteristics is the three-acre privately owned park at its heart, with its private Lyon Park Community Center, a community house and reception hall. In 2002, Lyon Park was named a National Trust Historic District.

The updated conservation plan supports improvements to sidewalks, traffic calming and signage to help the neighborhood cope with cut-through traffic generated by two arterial roads, Arlington Boulevard and Washington Boulevard. The plan also seeks the County’s support for protecting and developing a more substantial tree canopy; walkable schools that keep neighborhood children together and more. It voices residents’ concerns about infill development that is replacing older, smaller homes with much larger homes, and the loss of mature trees. 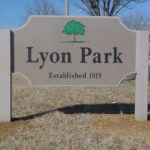 Arlington’s Neighborhood Conservation program, created in 1964, seeks to improve and enhance Arlington neighborhoods by having the people who live there come together, share their ideas for improving their streets and beautifying their public spaces, and develop a plan that County government takes into consideration when making decisions that affect the neighborhood. Over the years, through voter-approved bond funding, neighborhoods have seen sidewalks, curbs and gutters, streetlights and signs installed as well as improvements to parks, neighborhood art installations and various beautification projects. Typically, Neighborhood Conservation plans begin with the civic association conducting a neighborhood survey.