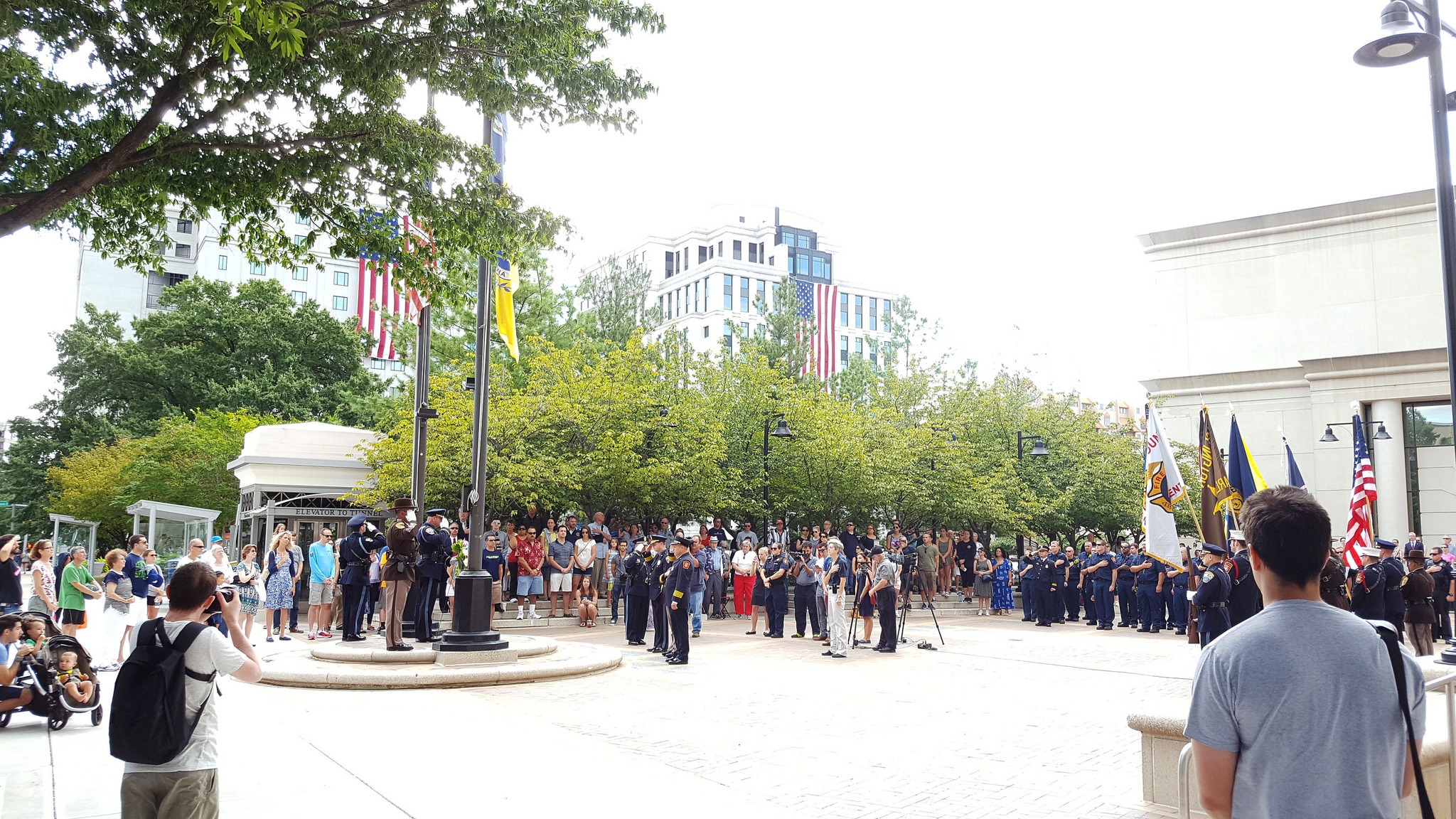 Arlington County Government invites residents and community members to join neighbors, County officials and first responders as we commemorate the lives lost in the Sept. 11, 2001 terrorist attacks, and express gratitude to all those who responded that day.

The County’s wreath-laying ceremony will begin at 9:30 a.m. on Tuesday, Sept. 11, at the Bozman Government Center. A moment of silence will be held at 9:37 a.m., the moment when the plane struck the Pentagon and 184 lives were lost.

WHAT: Arlington County’s annual remembrance of the events of Sept. 11, 2001, with wreath-laying and remarks

WHO: Captain David Santini of the Arlington County Fire Department will offer welcoming remarks. County Manager Mark Schwartz, the Chiefs of Police and Fire and the Sheriff, along with other senior officials and representatives of the U.S. military in attendance.

Inmates receiving recognition will be invited to read their winning entries aloud during the ceremony.