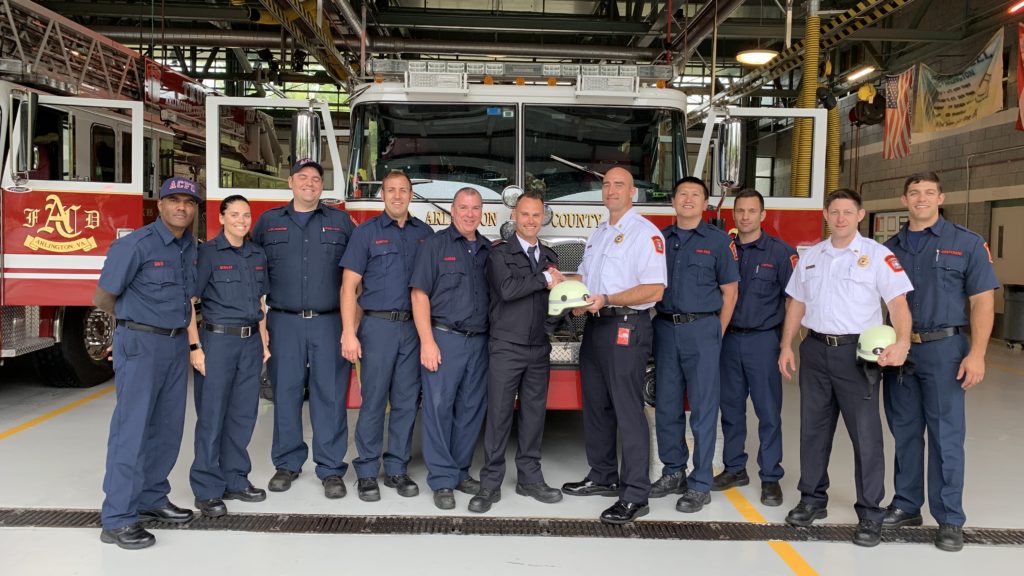 What does a firefighter from Germany have in common with Arlington?

For three weeks this fall, everything.

Lieutenant Sebastian Ganser, a firefighter, paramedic, and fire instructor in Arlington’s sister city of Aachen, Germany, spent three weeks with Station 5C in Crystal City and Station 2B in Ballston—living and working alongside Arlington’s firefighters and paramedics.

“Having firefighters visit Arlington gives us the chance to learn and grow,” said Captain Justin Tirelli. “The European fire service uses different technology and equipment than we do, so it is good for us to push our own envelope to see if we can do things better and safer. We also get ideas about how to manage our EMS and fire scenes differently.”

Ganser’s trip was the third time that personnel from Aachen have visited ACFD—a group visited two years ago and five years ago a chief was in Arlington for a month for professional development—but it was the first visit from a single firefighter.

During his stay, Ganser was a regular member of the crews he was stationed with, not only running calls, but performing regular station house duties, working out with members, and eating meals with the company. Because Ganser is a fire instructor in Aachen, he could be an operational performer on fire calls, so he was fitted with firefighting gear and a breathing apparatus. There were no actual fires while Ganser was in Arlington but had there been he would have been able to enter those environments with his crew. 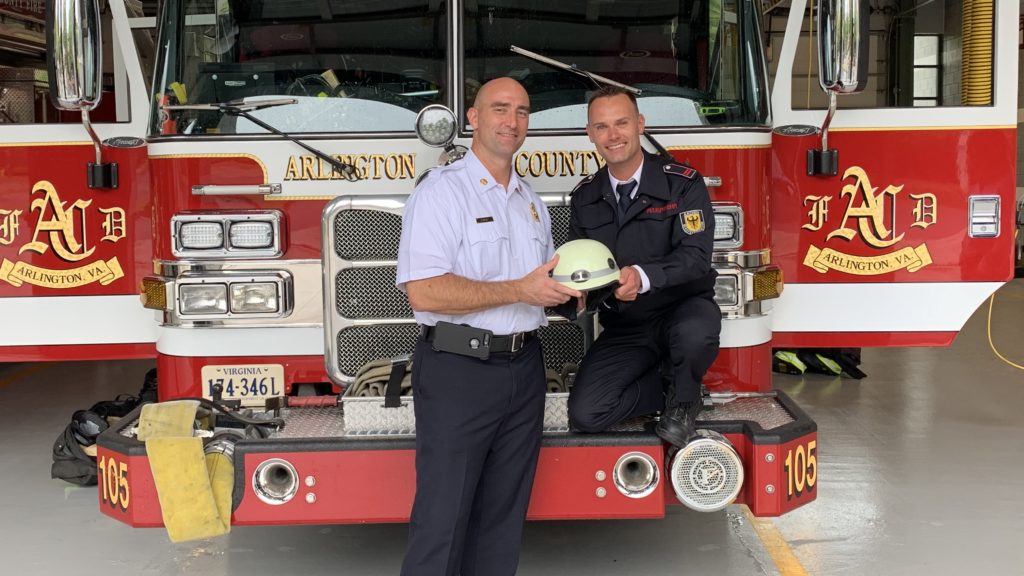 Ganser was unable to treat patients in Arlington because he is not certified in Virginia, Tirelli said. He did, however, attend trainings with the Water Rescue, HazMat, Bomb Squad, Technical Rescue and Active Shooter/Violence units.

About Aachen and Arlington

Located in the state of North Rhine-Westphalia, Aachen is Germany’s westernmost city. Aachen and Arlington have had a “sister city” relationship since 1993, and the high school exchange program between the two localities dates back 25 years.

An Arlington man is facing charges of weapons violations following an investigation into reported threats near Wakefield High School.

The Arlington County Police Department is announcing the arrest of a suspect following an armed carjacking in the Ballston-Virginia Square neighborhood on Tuesday, May 11, 2021.

The Police Department is investigating the assault of a restaurant employee and is seeking the public’s assistance identifying the suspect who was captured on cell phone image.

The Arlington County Police Department will conduct road closures on May 7, 2021 for the Pacers 5k Friday at National Landing.

A vehicle crash that occurred on April 17, 2021, is now being investigated as a fatality after the driver of one of the involved vehicles passed away from sustained injuries.

Thanksgiving and the Census – Count Your Kids!

Undercounting children can impact the public funding of programs that serve them for years.