You rarely use hands in soccer. Robert “Tito” Vilchez helps kids use their heads.

The Washington-Liberty graduate and former probation officer envisioned a local day for “the world’s game” as a smart way to reach the vulnerable kids coming to Northern Virginia from gang-infested – and soccer-focused– countries, primarily in Latin America.

It helped that Vilchez, the task force coordinator, spoke Spanish. And that his parents emigrated from Peru.

Many of the players in that first tourney arrived on the field in gang colors.

But their mere presence gave Vilchez and civic partners the chance to start an ongoing conversation about alternatives, from after-school clubs to career training to even more athletics.

The need for getting through to at-risk young people in Arlington remains a constant — with the emphasis on preventing, rather than correcting, a wrong turn. As Vilchez explains, “no city or town is immune to gangs.”

“Their brains are sponges,” he says. The goal is to offer ways to avoid “self-segregation” and make potentially isolated young people feel like part of a greater community. The key is offering anything positive “that keeps kids occupied.”

The tournament creates that first connection. And the task force receives help.

“The threat of gangs is not just government’s problem,” Vilchez says. “One of the wonderful things about Arlington is local businesses and residents step up with plenty of donations and volunteering for the day.”

The goal for Sunday is bringing together ten teams of ten players each, boys and girls, with ages ranging from 12 to 17.

“Seeing kids from ten years ago, I know we’ve changed their lives,” Vilchez says. “I still love my job.” 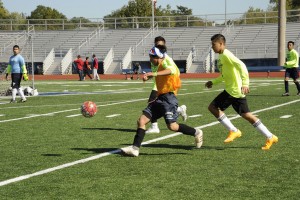 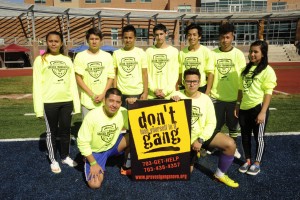 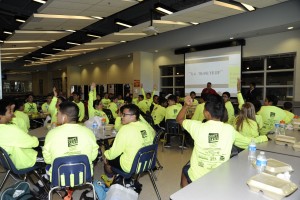 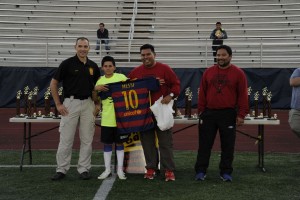 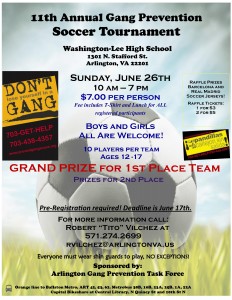 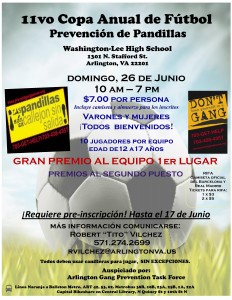 the Arlington County Board reaffirmed its long-standing commitment as a community that welcomes immigrants.