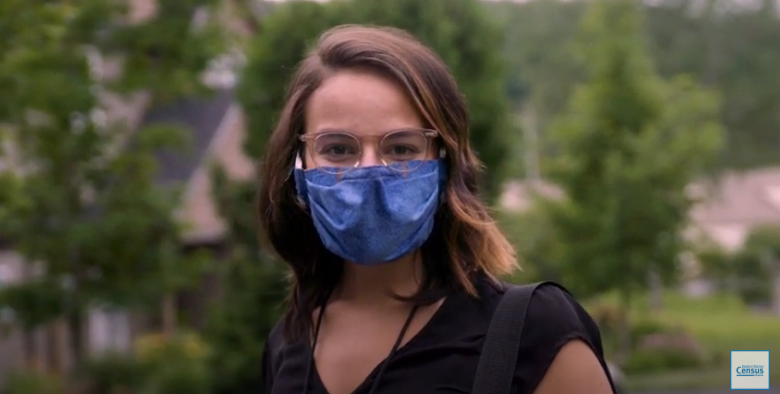 Look for the Census Bureau’s Mobile Questionnaire Assistance (MQA) stations in local parks, outside grocery stores, at farmers markets and in neighborhoods where self-response to the 2020 Census has been low. Official Census Takers at MQA stations are helping people complete the Census in their own time, on their own mobile device or on a Census-provided tablet.

Census Takers (enumerators) have begun going door-to-door to count residents, beginning in areas with low self-response rates, and proceeding to every Arlington household that has not filled out their Census questionnaire.

Residents can continue to self-respond online or by phone before an enumerator visits to:

Who should be counted?

Everyone Counts! The U.S. Constitution says the Census counts everyone living in the United States. That includes every immigrant, every child, every neighbor, every roommate and every student. Everyone deserves to be counted and no one should be left out. There is no citizenship question on the 2020 Census, and your answers will not be shared with law enforcement or other government agencies.

On July 26, 2020, the 30-year anniversary of the signing of the ADA, Arlington County will celebrate and recognize the progress that has been...