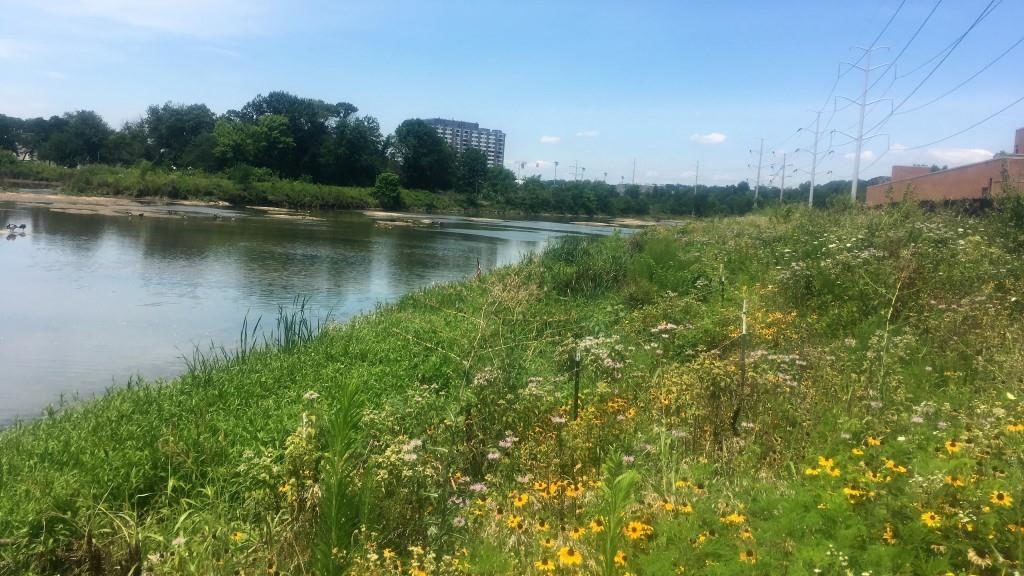 Stream restoration. You hear it talked about. Maybe you know the Gulf Branch stream restoration project is in design. Or perhaps you’ve seen before and after pictures. But what does it really mean? And why do we do it? Here we break down six myths about stream restoration, correct misconceptions, and give you the inside dirt.

Myth #1: If Arlington County did proper maintenance on the streams, we wouldn’t need to do stream restoration.

Reality: The County has been doing maintenance on its stream channels for years—primarily hardening streambanks by adding stone or building walls along the stream. In some of our local streams, that maintenance has been enough to halt further erosion, but sometimes these hardened banks simply shift the erosion farther downstream (See photo, below). In other streams, severe erosion has exposed sanitary sewer lines, threatened trails, killed trees, and sent large volumes of sediment downstream—leading to the need for a more long-term, sustainable solution (See gallery, bottom).

Newer stream restoration methods create a stream channel that is in balance with the flow into the stream. These methods help dissipate the stream’s energy along the entire restored reach by reconnecting the stream to the floodplain and adding step pools along the channel. Native plantings also hold soil in place and improve the long-term health of the forest along the stream. 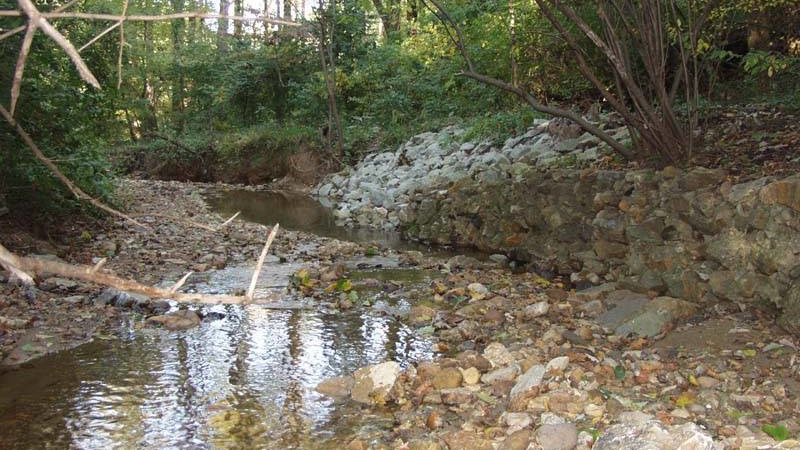 Myth #2: If Arlington County regulated infill development more, the streams wouldn’t be in such bad shape.

Reality: Most of the damage to our streams occurred during Arlington’s early development, from the 1940s-1960s. Since this period of intense and unregulated building activity, incremental development has continued at a slower but steady pace, but it has happened with stormwater management regulations.

Streams begin to experience negative impacts when hard surfaces, such as buildings and roads, start to exceed 10 percent of the land cover. Stream channels enlarge and erode to accommodate larger amounts of stormwater runoff from these hard surfaces, and more sensitive species of aquatic organisms are no longer found in the streams. Impervious cover in in Arlington has increased about 4 percent since 2007, reaching the current level of 43 percent. This increase since 2007, while not positive, has not substantively changed the overall condition of Arlington’s streams.

There are legitimate concerns that continued increases in impervious surfaces, coupled with more intense rainfall predicted from climate change, will magnify current challenges with flooding, streams and water quality. The County will be reviewing existing stormwater management requirements in the coming year.

Myth #3: More rain gardens and trees in the watershed could restore the streams without having to reconstruct the stream channel.

Reality: Trees and rain gardens are important for intercepting and filtering stormwater, but they would not be able to capture and absorb enough runoff to undo existing damage in our streams. The streams are severely eroded from many decades of development in Arlington. The erosion has washed sediment pollution downstream, undermined and killed trees along the stream and impacted infrastructure near the stream.

The County’s approach is ultimately to pursue both strategies—add more stormwater facilities, trees, and rain gardens in the watershed to reduce runoff over time and create a new, stable stream channel that will protect infrastructure and trees along the stream valley.

Reality: Although improving the stream habitat is one of the goals of the County’s stream restoration projects, it is not the primary goal. The main goals are reducing sediment pollution to meet regulatory targets and improve water quality; protecting infrastructure and public safety; and improving recreation and aesthetics in stream valleys.

A main factor that affects the stream ecology (aquatic insects and fish) is the amount of the land covered by buildings, roads, and other impervious surfaces in the watershed, which determines how much runoff and pollution are delivered to streams.  Stream restoration projects do not change these inputs.

In addition, the most pollution-sensitive aquatic organisms in Arlington’s streams have been found in restored streams and those with similar habitats, but not in streams with poorer habitats.

Myth #5: Streams should never overtop their banks. After stream restoration, stream flow should be significantly less.

Reality: A healthy stream accesses its floodplain in heavy storms—anything larger than a two-year storm should overflow onto the floodplain. Floodplains play a key role in helping streams dissipate the energy of storm flow. That’s why many stream restoration projects aim to reconnect the stream with the floodplain.

Even though floodplains and step pools help to dissipate energy, there are still millions of gallons of water coming through Gulf Branch and other County streams from rainfall. Restoration creates a stable stream channel that can safely convey storm flows while meeting the multiple objectives described above. After stream restoration, we will continue to see fast-moving, high water levels during rainstorms and flood events, but in a more stable, natural channel. 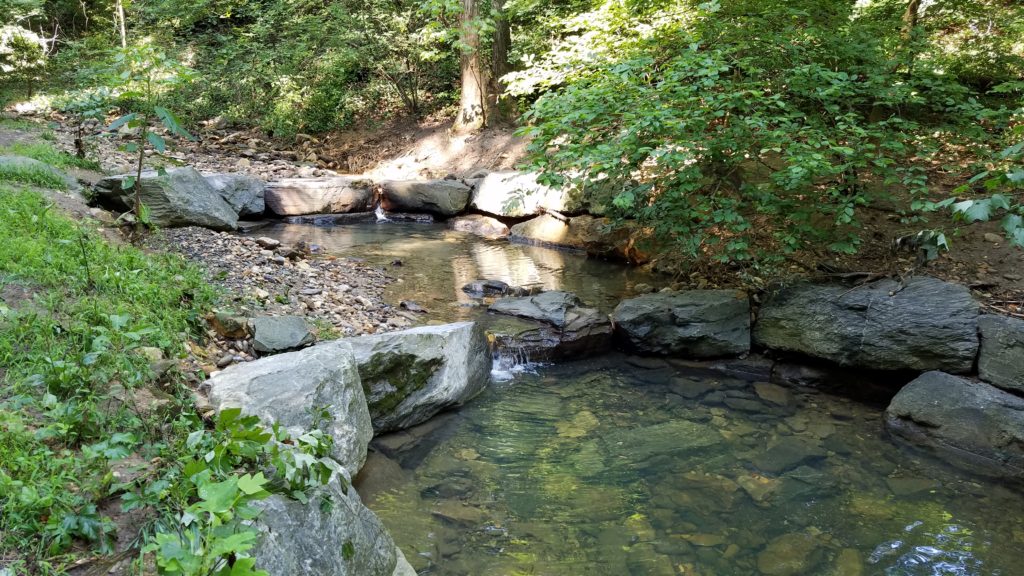 Reality: County streams experienced a severe test with the intense rainstorm on July 8, and the stream restoration projects performed well in this extreme but short-duration storm event, especially compared to unrestored streams like Donaldson Run Tributary B and Gulf Branch. The step pools – also known as grade control structures – kept the channels from eroding and helped them remain stable in the restored stream sections of Donaldson Run, Windy Run, and Four Mile Run. In comparison, unrestored sections of Donaldson Run did not fare was well during the July 8 storm, with new erosion undermining the fence and trail. (See gallery, below)

Even with stream restoration projects, there will be some maintenance required over time. The stones and cobble may shift around some during larger storms. There may be a need for invasive plant treatment or re-planting of some areas. At Donaldson Run, debris did get caught by the pedestrian bridge, which may indicate that this area needs to be reviewed. 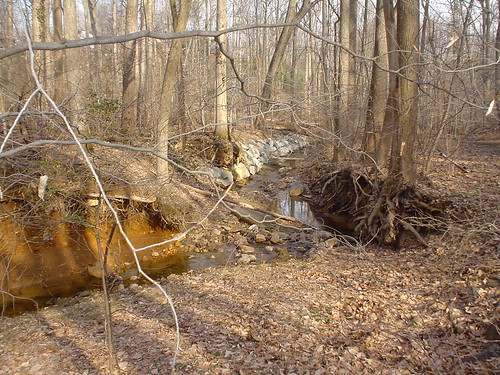 The Arlington County Board will consider and act on dozens of items at its December Meeting. The Regular Meeting will...