ARLINGTON, Va.– The Arlington County Police Department has arrested and charged Monique Williams, 27, of Capital Heights, MD with accessory after the fact for her role in a homicide in the Williamsburg neighborhood on February 19, 2017. Williams was arrested in Prince Georges County, MD and subsequently extradited to the Commonwealth of Virginia. She is being held on no bond in the Arlington County Detention Center.

Police continue to seek the public’s assistance in locating the primary suspect, Jason Allen Johnson, 37, of Washington, DC. Johnson is wanted in Arlington County for Murder. He is described as a black male, approximately 5’5” and weighing 145 pounds.

Johnson is considered armed and dangerous. Anyone with information on his whereabouts should call 911 immediately and not approach the suspect. If you have additional information regarding this investigation, contact Detective J. Trainer of the Arlington County Police Department’s Homicide/Robbery Unit at 703-228-4185 or jtrain@arlingtonva.us. Information may also be provided anonymously through the Arlington County Crime Solvers hotline at 1-866-411-TIPS (8477). 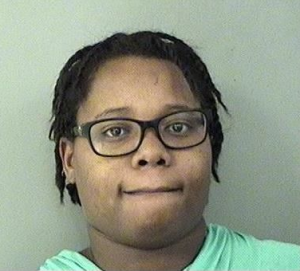 ARLINGTON, Va. – The Arlington County Police Department has arrested and charged a suspect for his involvement in a bank...