ARLINGTON, Va. – The Arlington County Police Department has arrested and charged a suspect following a malicious wounding investigation at Gateway Park. Wondwossen Kassu, 40, of No Fixed Address was charged with three counts of Malicious Wounding and three counts of Unlawful Wounding in the Commission of a Felony. He is being held without bond in the Arlington County Detention Facility.

At approximately 9:27 p.m. on May 21, police responded to the report of multiple stabbings in Gateway Park located at 1300 Lee Highway. Upon arrival, officers located the suspect and took him into custody without incident. During the course of the investigation, officers located three male victims suffering from lacerations. The victims were transported to area hospitals and all are reported in stable condition.

Based on the preliminary investigation, it appears two of the victims were sitting at a table inside Gateway Park when the suspect approached them and initiated a conversation before producing a knife and stabbing the victims. The third victim was walking in the area when he came upon the initial assault. The suspect then turned his attention towards the third victim and stabbed him as well. Two victims were able to leave the scene to seek assistance. They were located by responding officers in the 1900 block of Fort Myer Drive and the 1800 block of N. Nash Street. 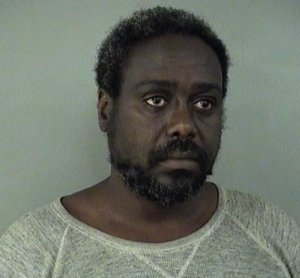 The Arlington County Police Department and Virginia State Police will close part of Washington Boulevard near the Pentagon on Sunday,...