UPDATE 10/7/19 – The Arlington County Police Department continues to investigate a non-fatal officer-involved shooting which occurred on August 28, 2019. The police department is committed to providing professional law enforcement services to the Arlington community while remaining transparent with the public regarding our operations. As a matter of transparency, the officer involved in the August shooting is Officer J. Clark.

ARLINGTON, Va. – The Arlington County Police Department is announcing that charges have been sought in relation to the shooting that occurred in the 1500 block of Crystal Drive on August 28, 2019. Warrants for Aggravated Malicious Wounding, Felon in Possession of a Firearm and Use of a Firearm in the Commission of a Felony were issued for Mumeet Muhammad, 47, of Washington, D.C.

At approximately 12:00 p.m., police were dispatched to the report of a possible domestic situation involving a firearm. The preliminary investigation indicates that the armed male suspect forced entry into the occupied commercial suite and assaulted the female victim. Arriving officers made contact with the parties, and during the course of the incident, the suspect and an officer discharged their weapons.

Updated on August 29: A previous version of this release included an incorrect spelling of the suspect’s last name. 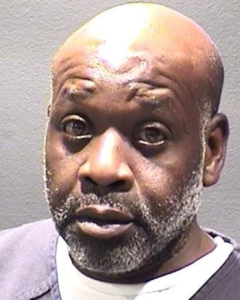 The new uniforms are a change from the traditional brown uniform that Sheriff’s Deputies have historically worn.