ARLINGTON, Va. – Each year, Americans mark the end of summer with the Labor Day holiday weekend, a time to celebrate the hard work and contributions workers have made to strengthen our country. Friends and families eagerly await pool parties, backyard barbecues, and other occasions to enjoy the last days of summer sunshine. Sadly, the Labor Day holiday has also become one of the deadliest, with drunk drivers endangering themselves and others on their way home from these holiday festivities. That’s why the Arlington County Police Department is partnering with the U.S. Department of Transportation’s National Highway Traffic Safety Administration (NHTSA) to get drunk drivers off the roads and help save lives. 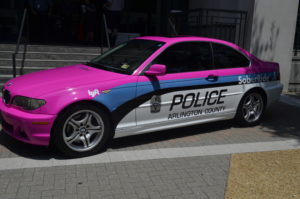 In July, police, Lyft and the Washington Regional Alcohol Program launched the SoberRide® Vehicle as a high-visibility deterrent to drunk driving.

The high-visibility national enforcement campaign, Drive Sober or Get Pulled Over, runs from August 17 through September 3, 2018. During this period, law enforcement agencies throughout the Country will show zero tolerance for drunk driving. Increased public safety messages about the dangers of driving impaired, coupled with enforcement and additional officers conducting saturation patrols, aim to drastically reduce drunk driving on our nation’s roadways.

The staggering statistics prove that we have a lot of work to do to put an end to drunk driving. According to NHTSA, 10,497 people were killed in the United States in drunk-driving crashes in 2016. On average, 10,000 people were killed each year from 2012 to 2016—one person killed every 50 minutes in 2016. This is why we’re reminding drivers that drunk driving is not only illegal, it puts yourself and others at risk for serious bodily injury or death. As you head out to Labor Day festivities, remember: Drive Sober or Get Pulled Over.

“Drunk driving is one of the rare public health issues that is 100% preventable,” said M. Jay Farr, Chief of Police. “We all have a choice in how we are transported at the end of the night. Plan ahead and arrive home safely by always choosing a sober ride whether it’s a ridesharing service, taxi, public transportation or designated sober driver. During and leading up to the Labor Day holiday, we will make zero exceptions for drunk driving. There are just no excuses.”

For additional information and resources on the Drive Sober or Get Pulled Over campaign, visit the Traffic Safety Marketing website. 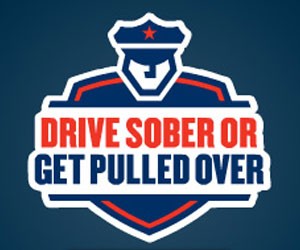