ARLINGTON, Va. – The Arlington County Police Department’s Burglary/Larceny Unit is asking for the public’s assistance in identifying and locating a suspect involved in numerous office burglaries in the metro-accessible corridors of Arlington County to include an early July 2015 incident in the Courthouse area.

The suspect forced entry into an office suite located in the 2300 block of Clarendon Boulevard, at 7:40 a.m. on July 7, 2015. The lone suspect was captured on surveillance video and later entered a suite where he stole an unsecured laptop computer. He then placed the laptop into a black and blue colored backpack before leaving the scene.

The subject is described as a black male approximately 5’11” – 6’ tall, weighing 190 pounds with a large build.  In several incidents, it appears that the suspect is carrying a small towel in or on his hand.

The suspect targets vulnerable office suites in the early morning hours as employees are beginning to arrive or in the later afternoon after most employees have gone for the day.  He appears to target mainly electronic devices. 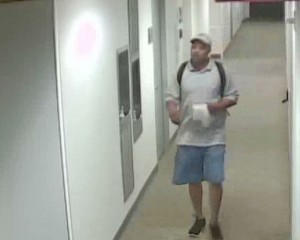 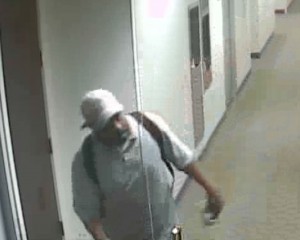 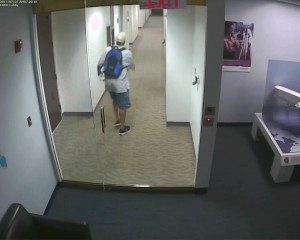 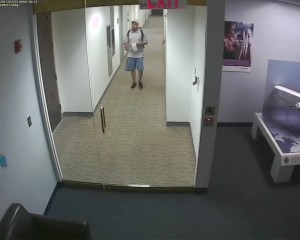 The County Board promises that a seven-acre parcel at Old Dominion and 26th St. N will include a park, and...