UPDATED April 18, 2018: Arlington County Police release a composite sketch of the attempted abduction suspect. The suspect is described as a black male in his 20’s, approximately 5’9” to 6’0” tall with shoulder-length deadlocks with red tips. He was wearing a black shirt, light gray zip up hoodie and dark gray sweatpants at the time of the incident. Anyone with information on the identify of this suspect is asked to contact Detective G. Sloan at 703.228.4198 or at gsloan@arlingtonva.us.

ARLINGTON, Va. – At approximately 2:32 p.m. on April 1, police were dispatched to the report of an assault that just occurred in the 600 block of N. Oxford Street. Upon arrival, it was determined that the female victim was walking in the area when she passed an unknown male suspect. The male suspect called out to the victim and when she didn’t respond, he grabbed her from behind and attempted to pull her towards his vehicle. The victim was able to break free from the suspect and run away, however, the suspect continued to watch the victim from his vehicle until she entered her residence. The victim did not require medical treatment. The suspect fled the area prior to police arrival. Arriving officers canvased the area and a lookout was broadcast with negative results.

The suspect is described as a black male, with short dreads, possibly braids, with some orange, approximately 6’0, wearing a black shirt, light gray zip up hoodie and dark gray sweatpants. The suspect’s vehicle is described as an older, possibly late 1990’s or early 2000’s, model pick-up truck that was dark blue or black in color and looked “beat-up”.

Police have increased patrols in the area. Anyone with information on the identity of this suspect or details surrounding this incident is asked to contact Detective G. Sloan of the Arlington County Police Department’s Special Victim’s Unit at 703.228.4198 or at gsloan@arlingtonva.us. To report information anonymously, contact the Arlington County Crime Solvers at 866.411.TIPS (8477). 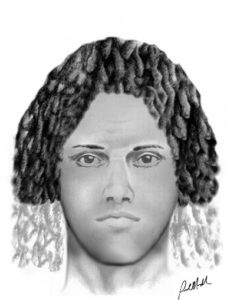 Marymount Student Arrested and Charged with Threat to Campus

ARLINGTON, Va. – The Arlington County Police Department has arrested a suspect for his involvement in a bomb threat at...