On Wednesday, all Arlington Public Schools took part in Walk Bike and Roll to School Day, an annual, international celebration that encourages students to walk, bike or roll to school. The day, which APS has been participating in for nearly 20 years, encourages students to think about alternative transportation while learning about its health, environmental and community-building benefits.

It looks like the majority of @APSDrew students walk to school! Thanks to the @ArlingtonVaFD and Tower 104 for their help. #STEAM #APSWalk2School pic.twitter.com/Q2mcnfG8Nt

To create a safer and more pedestrian friendly community, County staff works year-round to identify streets and intersections that could benefit from improvements. Those include new crosswalks, extended sidewalks, safer crossings, and more.

APS already has highlighted transportation changes to watch out for this school year, noting how their new schools might impact pedestrians and drivers alike. Here now is a quick look at five County projects that will help to make for safer conditions for APS students.

Arlington’s Transportation Engineering & Operations (TE&O) staff reviewed data and feedback received from County residents regarding safety concerns, which identified the intersection of Washington Boulevard and N Nelson St. as a “hot spot” with opportunities to improve the safety and operational conditions.

To create a safer environment for pedestrian and motorists near Washington-Liberty High School, a rectangular rapid flashing beacon (RRFB) for pedestrians crossing Washington Boulevard will be installed, along with crossing improvements and curb improvements. Currently in construction, these improvements will soon be completed with a bus stop and curb extension on the southwest corner before installing the RRFBs.

As part of the ongoing Ballston-Cherrydale Multimodal Safety Improvements, N Quincy St. near W&L (between the I-66 overpass and Fairfax Dr.) will be repaved to include improved bike lanes and pedestrian markings. 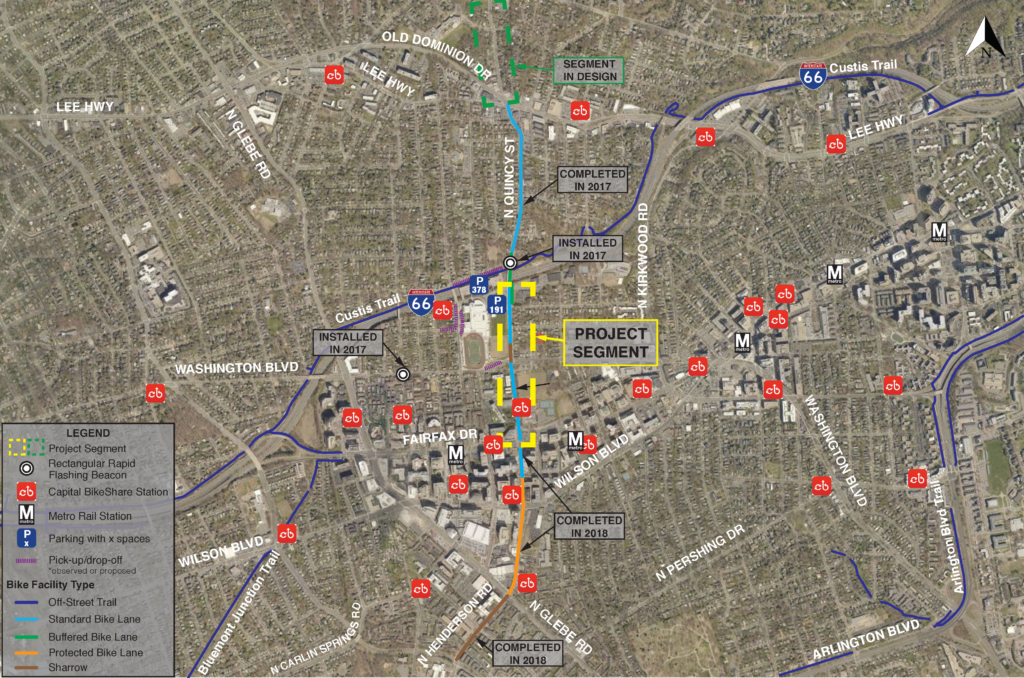 Another “hot spot” identified by County staff, S. Carlin Springs — from 7th Rd S to Columbia Pike, near both Campbell and Glen Forest Elementary Schools — is undergoing improvements following engagement with Arlington Public Schools and the community. Phase 1 included more signage, markings, and bollards at intersections to improve crosswalk recognition and reduce speeds of turning vehicles. Phase 2, which is anticipated to be completed this year, calls for concrete improvements at two intersections: 8th Place S. and 8th Road S.

The driveways and sidewalk extensions near Campbell Elementary School are already complete, with handrail and streetlights potentially coming in the future. 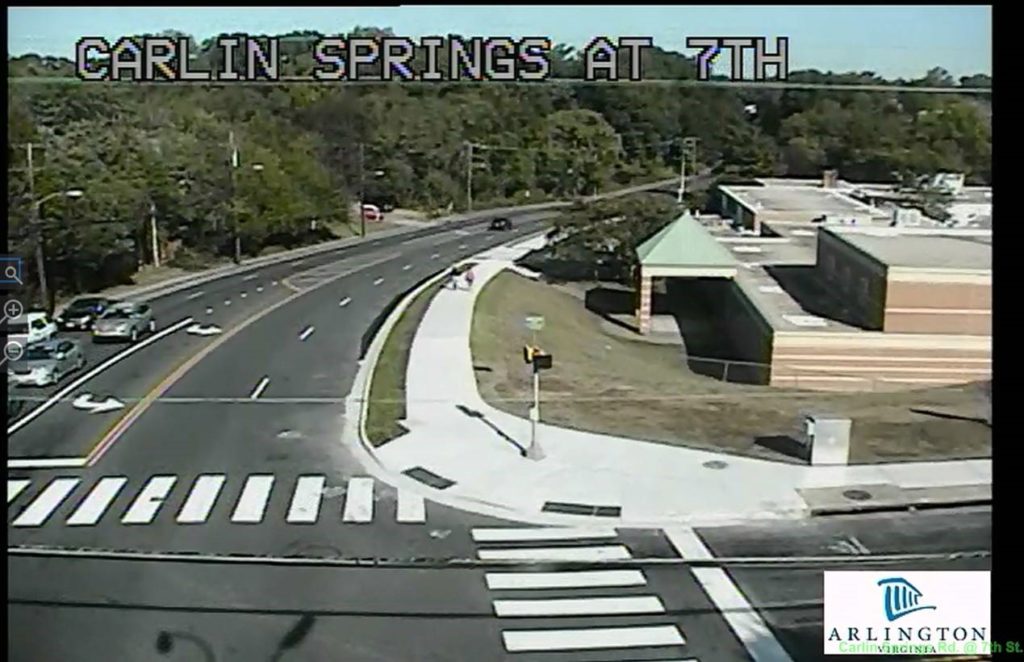 As part of the pedestrian improvements along Wilson Boulevard (bordering the Ashton Heights and Ballston-Virginia Square neighborhoods), a Rectangular Rapid Flashing Beacon (RRFB) has been added for increased crosswalk visibility.

Among the improvements were wider shared sidewalks for pedestrians and cyclists between the trails, upgraded ADA-compliant curb ramps, new curb extensions, and an enlarged pedestrian refuge at South Arlington Mill Drive. Landscaping will be completed this fall.

The County will host a discussion about the healing process for survivors of domestic and dating violence and the resources...