A recently rediscovered cache of photos and correspondence belonging to former County Board Chair Tom Richards speaks to his tireless dedication to preserving natural spaces in Arlington through a vibrant parks and trail system.

His opponents mocked him as “Nature Boy.” A half century later, Arlington residents share a rich network of parks and trails in large part because of Tom Richards’ foresight and determination.

It’s a legacy that on a smaller scale compares to the passion of Theodore Roosevelt, the “conservation president,” who doubled the number of sites within the nation’s park system and won the power to preserve American places in the name of science or history.

But where T.R.’s approach was that of the gregarious Rough Rider, Richards came from the generation of soft-spoken World War II vets who built careers, started families and still somehow found time to shape their communities.

Richards was a reluctant candidate when elected by a few hundred votes to the County Board in 1960. A civilian intelligence analyst for the Air Force and then systems manager for IBM, he was pressed to run as the candidate of Arlingtonians for a Better County, a progressive group built in large part by northerners pulled to the area by federal jobs.

Richards himself hailed from Cumberland, Maryland, the last stop on the old C&O Canal running up from Georgetown.

The intense growth of the region during and just after the war challenged communities like Arlington to keep up in terms of housing, schools and transportation.

As for parks, a 1962 study of Northern Virginia recreation facilities found that 86 percent were dedicated solely to “active” uses — mostly ball fields and blacktop. Just 14 percent remained for the hikers, bird watchers and amateur naturalists quietly looking to explore. Long-distance biking was a perilous rarity.

As Peter Harnik of the Trust for Public Land explains, “After World War II, there was a feeling that everybody would have a backyard and there wouldn’t be a need for parks in the suburbs. So communities just didn’t plan for their parks properly. It’s extremely expensive to go back and retrofit for that short-coming.”

Richards, new to the Board but looking decades beyond, saw little cohesion in the County’s land-use approach. For him, each trip to work meant seeing few inviting “village greens” out the bus window.

“There was a community consensus that the community planning was not being well done and so Mr. [Al] Lundberg, [the County Manager], began a search for a new planner. During the process, he and I went out to look at the Gulf Branch valley, which was being developed between Military Road and the river.

“The subdivision had come down to the creek and the developers were about to build a series of houses along that landfill. I said, ‘Al, we ought to have the rest of this as a park, to get people down to the river,’ and I pointed out a couple pieces of land I thought we should purchase. Al looked at me as though I was insane. Al did not feel that parkland acquisition was an important priority for the community.

“The following Saturday the County Board discussed the matter and decided to make the purchases. Shortly thereafter Al decided to retire. No pressure from us, but he just sensed a change in how the Board was going to tackle its problems.”

That well-timed tour led Richards to push for a string of bond referendums to lock-in green space before it was lost to the rapid development.

By the time of his 1964 re-election drive, Richards was prepared for the “Nature Boy” taunts. But they probably helped him more than his opponent. He won with a healthy 56 percent, signaling acceptance among Arlington voters that the County would grow through long-term plans to avoid sprawl and preserve communal quiet places.

(Having learned from defeat, Richards’ opponent, Ken Haggerty, began embracing the quest for more parkland and was elected to the Board a year later.)

Richards used his re-election as a mandate to secure what he considered the “jewel” of his vision for the County parks system: a total of 37 acres along the Gulf Branch stream valley, including the historic stone house off North Military Road set to become Arlington’s first facility dedicated to the study of conservation and nature.

His approach was simple: save and connect land for parks, often using topography as a guide. “What I attempted to achieve was a system. Gulf Branch is an example. The County purchased the stream bed and a right of way for a trail down to the Potomac River where we tied into the National Park Service’s holdings. This gave wonderful access to the entire Arlington river front.”

The success of Gulf Branch led to new acquisitions like Windy Run, north of Lorcom Lane. Inspired by the need for a narrow sewer line in the area, the County moved to acquire a bucolic ten-acre tract extending all the way to the George Washington Memorial Parkway. Many considered the total price tag excessive: $64,000.

Then came purchases like those along the Four Mile Run watershed and creation of south Arlington’s 18-acre Long Branch Nature Center.

Where Arlington couldn’t be caretaker of the land, a wider-based enterprise like the Northern Virginia Regional Park Authority stepped in,  leading ultimately to preservation like the 70 acres of Potomac Overlook Regional Park and Nature Center.

Representing Arlington on the Metropolitan Washington Council of Governments, Richards enthusiastically accepted the first chairmanship of “COG’s” Land Use Committee.

Snowed in one day at New York’s LaGuardia Airport, he killed time with an AAA road map of Arlington, sketching out the beginnings of a trail system along Four Mile Run. County staff — working with regional and federal park planners — took Richards’ hand-drawn idea and soon had the makings of the hike and bike trail network that would run from Theodore Roosevelt Island down to Mount Vernon and, added later”, west along the W&OD Trail almost to West Virginia.

The timing was perfect for bikers, who were slowly becoming a familiar sight in Northern Virginia and other changing parts of the country.

All the while, Richards was sharing the stories of Arlington’s parkland successes with some powerful friends of conservation.

Lady Bird Johnson – making “beautification” a national priority — was an enthusiastic recipient of County guides to the new trails. Supreme Court Justice William O. Douglas – himself the driving force in saving the C & O Canal as national parkland – spent an autumn Saturday in 1965 hiking with Richards and residents through some of Arlington’s now-protected forests.

As he worked to grow and preserve recreation space, Richards was also dedicating his Board service to pumping funds into the County’s library system and laying the groundwork for vital Metrorail lines into Arlington neighborhoods. He was convinced that Metro was the only option for the region’s transportation future. “[I]f there were any more highways constructed, we’d be obliterated,” he reflected later.

By 1968, Richards chose not to run for re-election for two key reasons. First, a day job and unrelenting Board duties meant missing much of his son and daughter’s childhoods. Second, he had recently signed on as president of the Nature Conservancy.

Then a small District non-profit, the environmental group was about to be set on a path to become the world’s leading conservation organization, complete with an eventual headquarters right across from the Ballston Metro station.

During Richards’ tenure, the Nature Conservancy worked with benefactors to protect some 300,000 acres of land with the ultimate purpose of turning it over for stewardship by the National Park Service or a state park system.

Later with partners, Richards created a private consulting firm with the familiar purpose of saving fragile land. Projects ranged from California’s Catalina Island to an archeological park in Calvert County, Maryland. His work also included advising the National Trust for Historic Preservation and even lobbying Loudoun County to join the Northern Virginia Regional Park Authority. He failed to persuade Prince William to do the same.

He made one unexpected return to the County Board, appointed, or in his words “sentenced,” to fill an unexpired term in 1975. He found the experience frustrating in part because the focus had moved from shaping resources to problems based more on the “human” condition.

In addition to a growing problem with his hearing, Richards later acknowledged that he “wasn’t as responsive or receptive as” he should have been.

Retired from government for the last time, he served as executive director of the American Horticultural Society and was board chairman of the Association for the Preservation of Civil War Sites (now the Civil War Trust). He even helped lead Arlington County’s first cable system while still working privately on land preservation.

He would have turned 90 this June, just weeks after it was announced that Arlington ranked No. 4 on a list of best local U.S. park systems as determined by the Trust for Public Land.

Peter Harnik, director of the Trust’s Center for City Park Excellence and an Arlington resident, says the County owes “a debt of gratitude for what Tom Richards did in the ‘60s.”

In the 2009 County-produced documentary “Arlington’s Smart Growth Journey,” Richards characteristically took little credit for the contributions he made to put the community on such sustainable footing. But wistfully he offered one last bit of long-term planning: “I want my ashes blown over some park in Arlington. I love it so much, I don’t want to leave.” 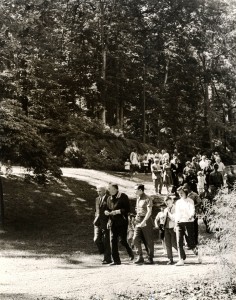 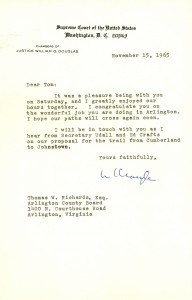 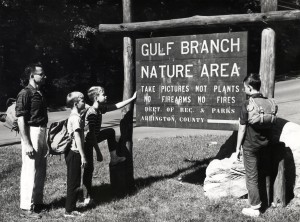 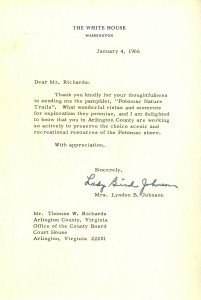 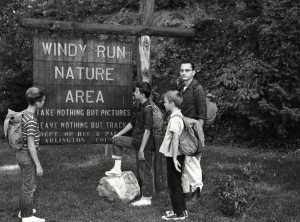 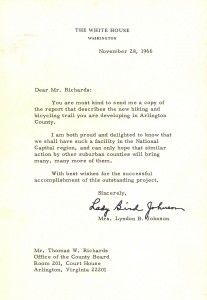 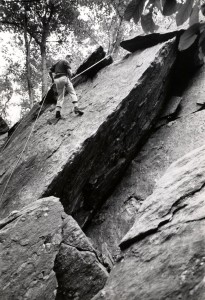 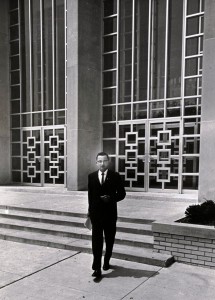 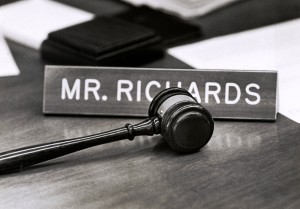 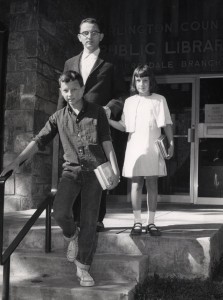