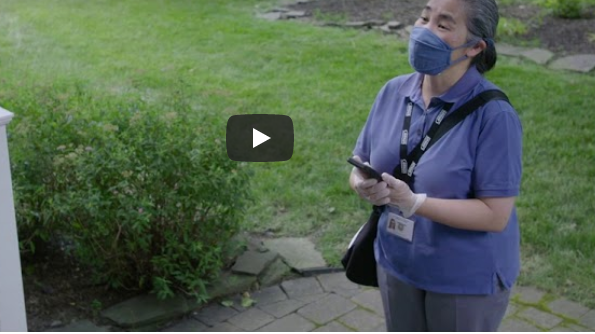 WATCH: What to expect when a Census Taker comes to your door

According to the 2010 Census, there were 18,054 (8.7% of population) Arlington residents age 65 years and older. The 2020 Arlington Profile found that number had grown to more than 24,000 (10.6% of our population). Census data indicates that number of seniors in both Arlington and nationwide is expected to rise.

Census Bureau: Seniors are a “hard to count” community

Seniors are considered a “hard to count” community by Virginia and the U.S. Census Bureau in part because this is the first year the Census Bureau is relying primarily on online self-response. While the percentage of people over the age of 65 who do not use the internet is decreasing, 27% of the more than 54 million seniors nationwide still do not use the internet, according to the Pew Research Center.

Arlington’s seniors are more internet-savvy, as 96% of those age 65 years or older have a computer and internet subscription, according to the U.S. Census Bureau’s 2018 American Community Survey. However, taking the Census remains a challenge for those who do not have internet access or are uncomfortable being online. That’s why the Census Department also offers a telephone option in English, Spanish, and many other languages.

With the deadline for achieving a complete count coming up on September 30, Census takers are now going door-to-door in Arlington and across the country to ensure everyone is counted. They are focusing on households that have not yet responded to the Census online, by phone or by mail. Census takers will be wearing masks and observing social distancing, as illustrated in the video above.

It’s important for seniors to take the 2020 Census as the funding for many services that support senior adult programs are determined by Census data. These include funds for emergency services, Medicare Part B, housing, health and food assistance, and much more. A fair and accurate Census count also determines the redrawing of congressional districts.

Arlington County has numerous resources for seniors at all ages and stages. While some of the programs have been curtailed due to the COVID-19 pandemic, others have moved online.  Check them out as you celebrate National Senior Citizens Day – today and every day:

If you have already taken the Census, please help spread the word and let everyone in your network know how important – and how easy – it is!