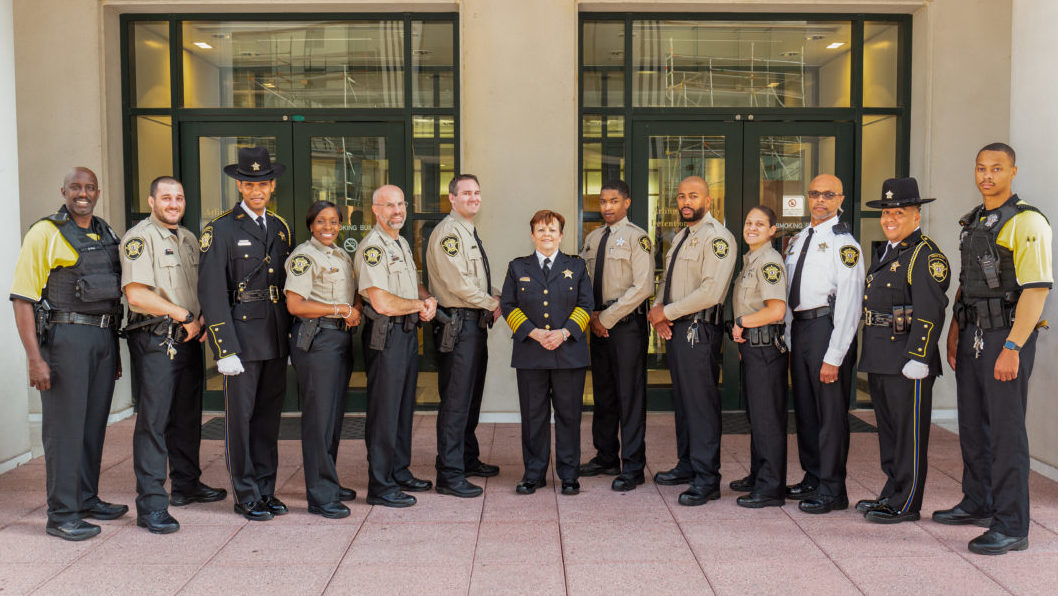 The new uniforms are a change from the brown uniform that deputies in Virginia have historically worn. The new look will give black pants and a tan shirt to line staff and Sergeants, and black pants and a white shirt for Lieutenants and above.

In 2005, the Virginia General Assembly repealed a 1980s law requiring deputies to wear dark brown shirts and taupe pants. Sheriff’s offices across the state now have greater flexibility in their uniform choices.

Arlington County made the switch to new uniforms this year due to certain components of the brown uniform becoming increasingly difficult to obtain and uniform manufacturers no longer producing them. Several sheriff’s offices across the Commonwealth have already made uniform changes for the same reasons.

Sheriff Arthur and her staff are excited about the change and believe the new uniform will continue to display the professionalism of the office.

The month-long employment and financial literacy series will focus on how experienced workers can adapt to transitions in both work...