ARLINGTON, Va. – The Arlington County Police Department’s Special Victims Unit is announcing the arrest of a suspect charged after following three women walking in Arlington County. Lamar Dontae McCarthy, 23, of Stafford, VA was arrested and charged with sexual battery and two counts of felony stalking. He is being held in the Arlington County Detention Facility on no bond.

At approximately 9:58 a.m. on September 8, police were dispatched to the 3100 block of Lee Highway for the report of an assault just occurred. Upon arrival, it was determined that the female victim was walking on the trail when she observed the suspect walking towards her from a distance. She subsequently turned around and began walking away from the suspect, who increased his pace, closing the distance between them. The suspect caught up to the victim, grabbed her hip, and touched her inappropriately. The victim yelled, prompting the suspect to flee on foot prior to police arrival.

At approximately 1:27 p.m. on October 9, police were dispatched to the 3000 block of Wilson Boulevard for the report of a suspicious person. Upon arrival, it was determined the victim was walking in the area when the suspect followed her into a business. The victim recognized the suspect from a previous encounter in April and contacted police.

At approximately 3:37 p.m. on October 9, police were dispatched to the 2300 block of Clarendon Boulevard for the report of a suspicious person. Upon arrival, it was determined the female victim was on a walk when she noticed the suspect following her. The victim attempted to evade the suspect by taking various routes, sitting in a park and entering a business. The suspect continued to follow, prompting her to contact police.

This remains an active criminal investigation. Anyone with past inappropriate encounters with the suspect or who has additional information related to this investigation is asked to contact Detective P. Peña at 703-228-4183 or ppena@arlingtonva.us. Information may also be provided anonymously through the Arlington County Crime Solvers hotline at 1-866-411-TIPS (8477). 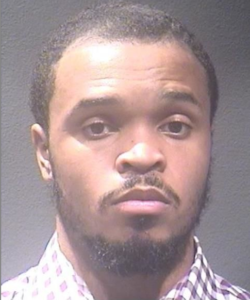 Like many things in 2020, Halloween will look a little different this year with plenty of physical-distancing friendly haunts to...