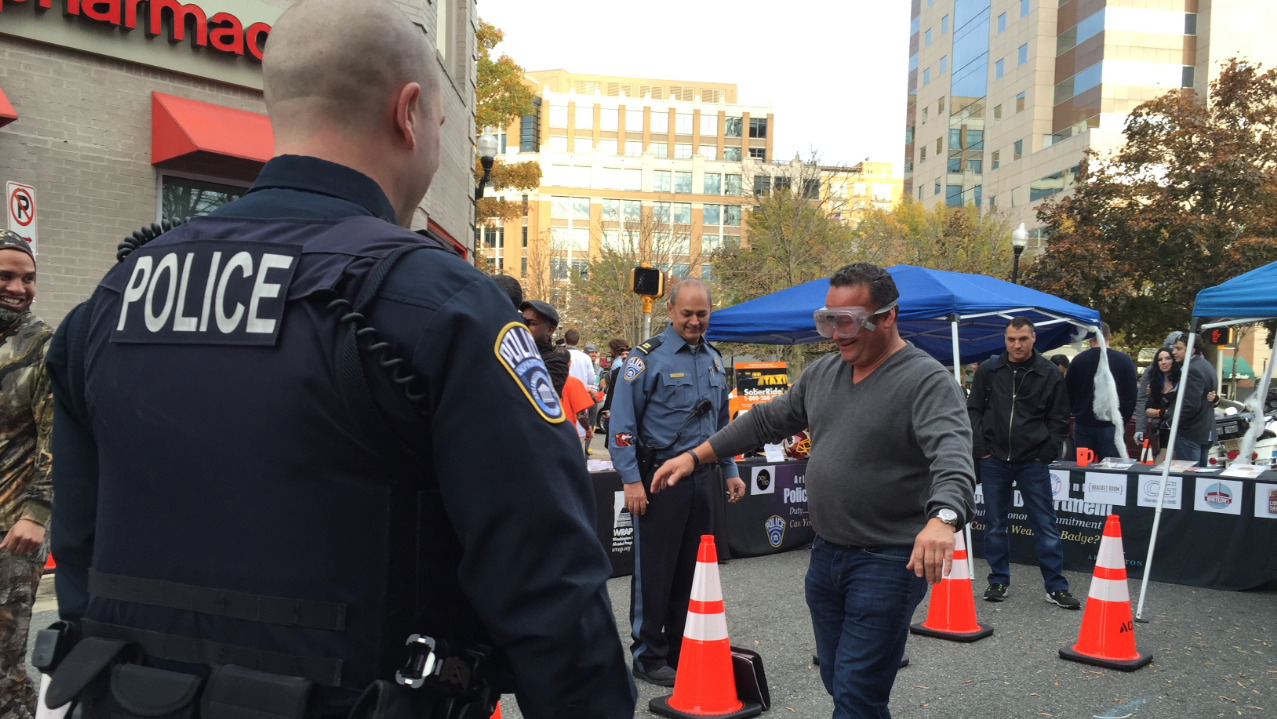 CANCELED:  Due to projected thunderstorms, the Anti-Drunk Driving Community Outreach Event scheduled for Friday, November 2 has been canceled. No matter the weather, the Arlington County Police Department reminds you to arrive home safely after drinking—whether it’s by using a ridesharing service, taxi, public transportation, or designated sober driver.

UPDATE: Due to weather, the Halloween Anti-Drunk Driving Community Outreach Event has been postponed. An Election Day-themed event will take place on Friday, November 2, 2018 from 9:00 p.m.-11:00 p.m. N. Hudson Street, between Wilson Boulevard and 13th Street N. will be closed from approximately 8:00 p.m.-12:00 a.m. to accommodate the event.

ARLINGTON, VA – Halloween is meant to be scary, but not when it comes to driving. According to the National Highway Traffic Safety Administration (NHTSA), from 2012 to 2016, 44% of all people killed in motor vehicle crashes nationwide on Halloween night (6 p.m. October 31-5:59 a.m. November 1), were in crashes involving a drunk driver. That’s why the Arlington County Police Department is reminding citizens that nothing is scarier on Halloween night than an impaired driver. If your celebration includes alcohol, designate a sober driver, whether it’s a friend, relative, taxi, rideshare or public transportation.

On Friday, October 26, police are hosting a Halloween anti-drunk driving event to highlight the impact that alcohol has on motor skills. This free event is open to the public and will take place at the intersection of N. Hudson Street and Wilson Boulevard, beginning at 7:00 p.m.

The police department will conduct the following road closures from approximately 6:00 PM until 10:00 PM to accommodate this event:

Motorists should be on the lookout for temporary “No Parking” signs in the area. Illegally parked vehicles may be ticketed or towed. If your vehicle is towed from a public street, call the Emergency Communications Center at 703-558-2222. 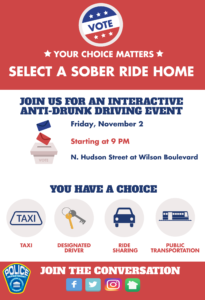 The Arlington County Fire Department capped off Fire Prevention Week 2018 with open houses at all 10 of the County's...