“Victor will bring a wealth of experience, creativity and dynamism to our team. He will be leading AED at a time of increased challenges and opportunities for Arlington,” Donnellan said.

As head of AED, Hoskins will lead a staff of more than 80 who work to promote high-quality economic development in Arlington and manage Cultural Affairs.

During his tenure with Prince George's County, Mr. Hoskins set the County's vision and strategic direction. He marketed the County locally, regionally, nationally and internationally and oversaw a cluster of agencies with more than 1,100 employees and $250 million in operating budget authorization.

”I'm excited to join the Arlington team, and look forward to marketing a County known across the nation as a leader in transit-oriented, sustainable development,” Mr. Hoskins said. “I can't wait to be a part of this innovative government that holds itself to the highest ethical standards and promotes a healthy work-life balance.”

Mr. Hoskins has 25 years of diverse management experience, much of it related to economic development and planning. Before assuming his role with Prince George's County, Mr. Hoskins served as Deputy Mayor for Planning and Economic Development for Washington, D.C. In that position, he began construction on or completed 87 public-private partnership projects, with a total development value of $7.5 billion. He provided executive leadership for 12 agencies with 1,300 employees and more than $1.3 billion in operating and capital budget authorization. Among his many accomplishments during his tenure, Mr. Hoskins initiated a new strategy to grow the tech industry in the District and opened the District's first international office, in Shanghai, China.

Prior to his service with Prince George's County, Mr. Hoskins served as Maryland's assistant secretary for business and economic development, and as the deputy commissioner of housing for Baltimore, where he managed a $191 million budget and a staff of 620.

In the private sector, Mr. Hoskins served as vice president of Quadel Consulting from 2009 to 2011, where he led the organization in its mission to deliver high quality affordable housing consulting and training services.

In 2003, Mr. Hoskins was appointed by the Governor of Maryland and confirmed by the State Senate to serve as the Cabinet Secretary of the Department of Housing and Community Development.

Mr. Hoskins has a Masters in City Planning from the Massachusetts Institute of Technology and a Bachelor of Arts in psychology/Urban Studies from Dartmouth College. 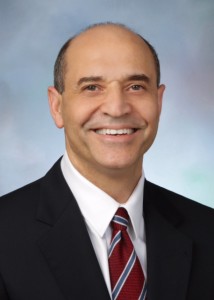 Mary Hughes Hynes to Serve as 2015 Arlington County Board Chair

Arlington County Board Vice Chair Mary Hughes Hynes will serve as the Board Chair for 2015, outgoing Chair Jay Fisette...