Takis P. Karantonis, elected to the Arlington County Board in a special election on July 7, 2020, will be sworn in at 4 p.m. on Tuesday, July 14 in a virtual ceremony. Clerk of the Circuit Court of Arlington Paul Ferguson will officiate.

The swearing-in is taking place virtually to protect public health during the COVID-19 pandemic emergency. The public is invited to watch the swearing-in live-streamed on the County website or on Arlington Television’s cable channels: Verizon Fios channels 39 & 40 or Comcast Xfinity 25 or, I HD, 1085.

“My colleagues and I are looking forward to Takis’s swearing-in and join our community in wishing him well as he takes up his responsibilities,” Arlington County Board Chair Libby Garvey said. “We regret that due to the ongoing public health emergency caused by the pandemic, we will be unable to hold our traditional ceremony and reception.”

Karantonis won 62.46 percent of the vote in a three-way race. He will fill the seat vacated by the death of Board Member Erik Gutshall, who died in April following a brief battle with brain cancer. Karantonis will assume his duties immediately following the swearing-in and will serve the remaining 18 months of Gutshall’s four-year term.

Takis P. Karantonis is an economist and urban planner with more than 25 years of urban and regional planning experience. Born in Athens, Greece, he studied economics in Germany, graduating from Berlin’s Freie Universitaet with a Master’s Degree in urban and regional economics, with an emphasis on inequality in urban development.

Karantonis is a Senior Technical Advisor for the Microloan Program at the Enterprise Development Group of the Ethiopian Community Development Center in Arlington. From 2009-2016 he served as Executive Director of the Columbia Pike Revitalization Organization (CPRO). During his tenure, Mr. Karantonis focused on implementing a place-making agenda throughout the Pike Corridor, engaging in policy and advocacy with an emphasis on transportation, land-use, housing, retail and economic development. His efforts resulted in the 2015 American Institute of Architects, Northern Virginia Chapter Award to CPRO for outstanding contributions to redevelopment and revitalization efforts on Columbia Pike.

Since arriving in Arlington 14 years ago, Mr. Karantonis has been a civically engaged community leader. He is a member and former president of the Columbia Heights Civic Association. He served as Chair of the Board of Arlingtonians for a Clean Environment (ACE; now EcoAction Arlington) and of the Arlington Public Art Committee. He currently is Vice-Chair of the Alliance for Housing Solutions, and -as a dedicated proponent of public transit- a member of the County Manager’s Transit Advisory Commission.

Mr. Karantonis is a graduate of Leadership Arlington (2010) and the University of Virginia Sorensen Institute for Political Leadership (2017). He speaks eight languages. 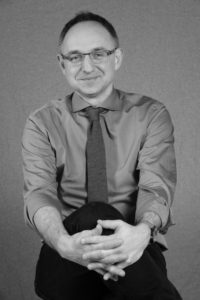