ARLINGTON, Va. – A Washington D.C. man has been arrested and charged for his involvement in a sexual assault in the 1500 block of Key Boulevard on May 7, 2017. Richard Allen Lowe, 25, has been charged with abduction with intent to defile and malicious wounding. He is being held in the Arlington County Detention Facility on no bond.

At approximately 9:45 a.m. on May 7, 2017, Arlington County Police responded to the report of an unknown male suspect who entered a residential building and began knocking on various apartment doors claiming to be a maintenance worker. Once the female victim opened her door, a physical struggle ensued between the victim and the suspect. During the attack, the suspect sexually assaulted the victim before fleeing the scene on foot.

Arlington County Police detectives conducted an intensive investigation including the review of crime scene evidence, witness interviews and laboratory results. The review resulted in additional information that led detectives to identify Richard Allen Lowe as a possible suspect. Forensic evidence and thorough investigative efforts linked the suspect to the incident. The suspect was arrested in Washington D.C. on February 22, 2018 with assistance by the Metropolitan Police Department and subsequently extradited to the Commonwealth of Virginia.

This remains an active criminal investigation. Anyone with information regarding this incident or concerning Richard Allen Lowe is asked to contact Detective P. Pena at ppena@arlingtonva.us. To report information anonymously, contact the Arlington County Crime Solvers at 866.411.TIPS (8477). 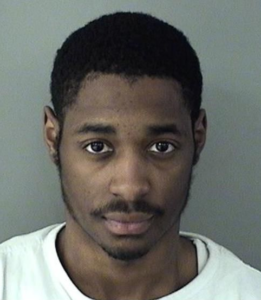