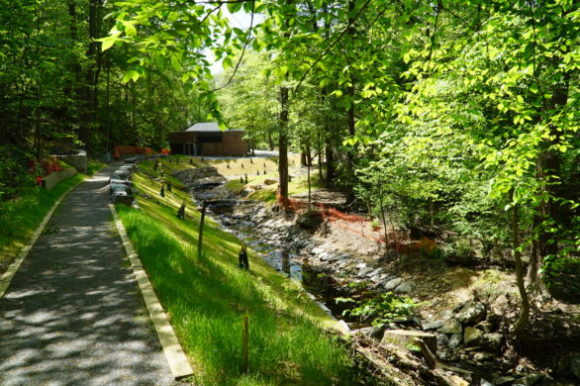 Nestled in the trees between the Riverwood and Woodmont neighborhoods lies Windy Run Stream, flowing from Lorcom Lane and emptying into the Potomac River.

Along its journey, the stream water, well … winds its way through Windy Run Park, a popular location for its hiking trails.

While scenic and peaceful, stormwater runoff from the surrounding roads and neighborhoods, coupled with the run’s twisting path, led to erosion. 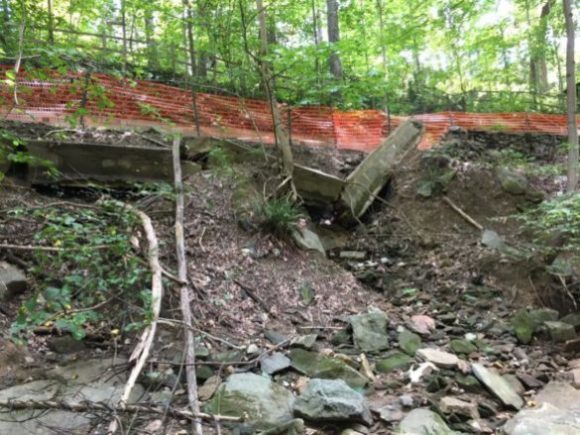 BEFORE: Erosion undermined the stone wall along the trail and it collapsed, threatening the trail

The stone wall along the trail had collapsed; some of the 90 trees lining the bank were threatened; and a sanitary sewer pump station along the stream was becoming vulnerable. 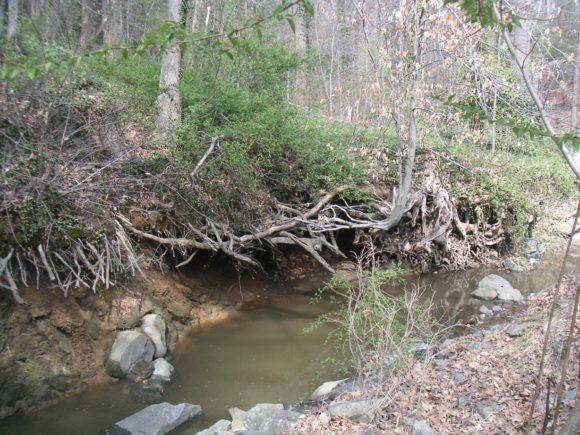 Recognizing this, the County initiated the Windy Run Stream Restoration project, beginning construction in September 2017, to address the severe stream erosion. A technique called “natural channel design” was used to create a new stream channel that’s in balance with the runoff it receives from the surrounding land. 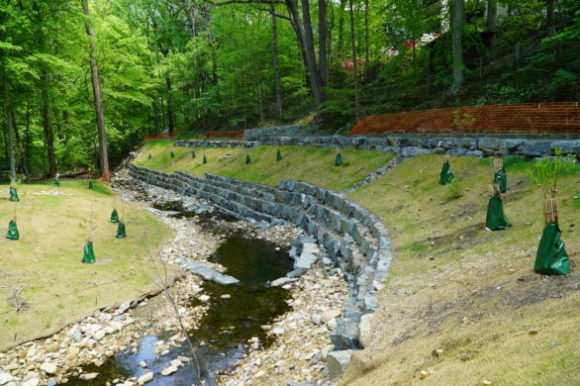 AFTER: The slope was stabilized below the trail with stacked stone

The walking trail above the stream was stabilized with a stacked stone wall, while underground, the sanitary sewer was realigned, to eliminate a “hanging” crossing, and a failed storm sewer endwall and gully were repaired.

The stream itself was raised to reconnect it with a floodplain area. During higher flows, the stream can now flow onto the floodplain, and the water will slow down and reduce its energy. 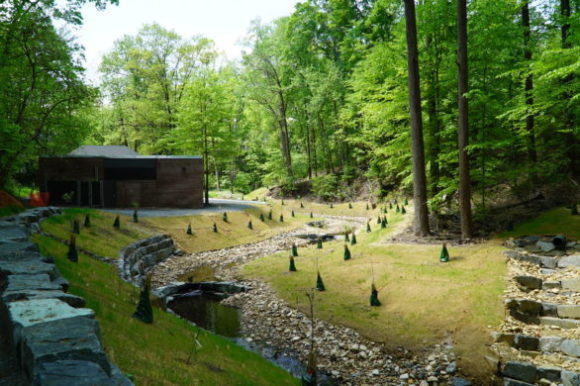 AFTER: Windy Run Stream, with previously-threatened sanitary sewer pump station on the left

Structures known as “step pools” were created with rocks to help reduce the energy of the stream’s flow, helping to prevent future erosion. 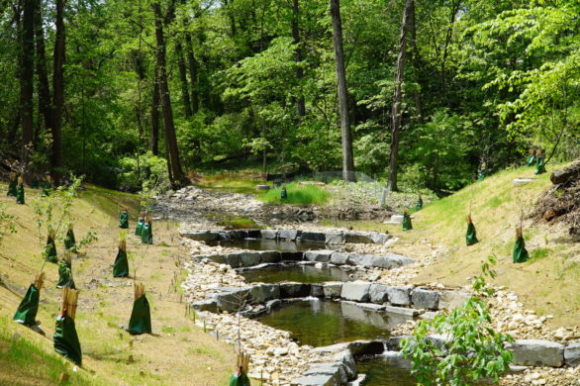 This project helps the County meet its regulatory requirements to reduce nitrogen, phosphorus and sediment pollution in local streams and, ultimately, the Chesapeake Bay. Stream restoration projects are one of the primary methods Arlington uses to reduce the amount of sediment that it contributes to the Chesapeake Bay; the County previously completed a similar stream restoration project on Donaldson Run.

Many of the trees along the Windy Run stream bank were threatened or compromised by erosion — while some of them had to be removed, this project included the planting of 93 trees, 30 shrubs and 200 live stakes. The restoration project also included an invasive plant management plan, and in two years, more plantings will be added to restore the stream-side forest. 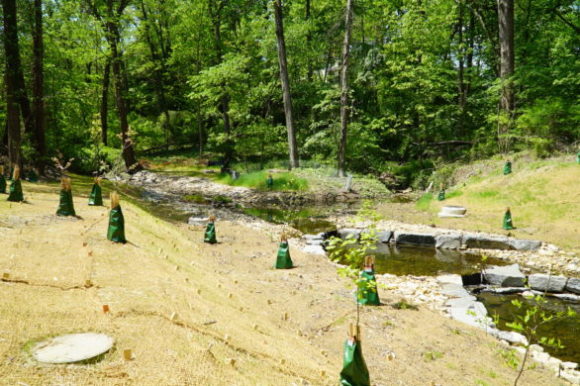 AFTER: Some of the trees and groundcover planted at Windy Run

There will soon be an official ribbon cutting to celebrate the renovated Windy Run. And in the meantime, the trail and park have re-opened and can be enjoyed by Arlington residents.

As quality assurance manager, Irwin helps Arlington's DHS programs quantify their impact and coordinate their efforts. She sat down to...