Early this morning, Arlington County firefighters responded to a house fire in North Arlington and found two adults trapped on the roof of their two-story home. Firefighters used ground ladders to quickly rescue the occupants before transporting both of them to the hospital for minor injuries.

The occupants later told fire department officials that they were sleeping when the fire started and awoke to the sound of their smoke alarms. They were unable to go down the stairs, due to the large amount of smoke, but they had previously prepared a fire escape plan and knew a second way out of their home. The occupants remained calm, climbed onto the roof and called 9-1-1 for help. Working smoke alarms alerted them to the fire when they were sleeping, and following their fire escape plan allowed them to stay safe while firefighters responded.

According to U.S. Fire Administration, more than 80% of civilian fire fatalities occur in residential buildings. Maintaining your smoke alarm and practicing your fire escape plan are necessary to keep you and your family safe in the event of a fire.

The Arlington County Fire Department (ACFD) reminds you to:

The ACFD also urges you to seek assistance if you encounter potential hoarding conditions. The amount of clutter and personal belongings in this home hindered firefighters’ ability to quickly gain access and extinguish the fire. There were no additional injuries in this case, but hoarding conditions can have deadly consequences for the occupants and first responders, such as blocked exits, falling objects, excessive fire load and potential for collapse. Arlington County Hoarding Task Force provides resources for the community, while maintaining the person’s right to privacy. 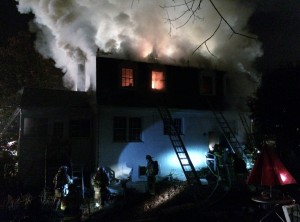 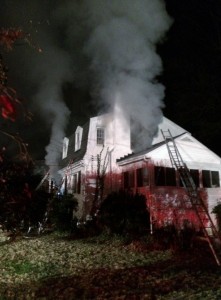 Items of interest that the Arlington County Board will consider at its January 24 and 27 Board Meetings.